Theatre and stage design is an art form are as old as civilization itself. Having stood the test of time through the rise and fall of cultures since the Greco-Roman period and arguably thousands of years before that, the stage as a locus for the performative has retained much of its convention and form, and at the same time has been changed drastically by contemporary technologies.

Stage design in the present day provides the corporeal conceptual experience of an artist’s ethos, and as modern touring advances, artists are able to incorporate highly technical and immersive stage designs which engross the audience in a multisensory artistic experience. Stufish Entertainment Architects, the leader in touring stage structures, is responsible for some of the most ambitious and groundbreaking stage designs in recent years incorporating architecture, sculpture, multi-media, and installation into their designs.

Take their collaboration with Balich Worldwide Shows on “Giudizio Universale, Michelangelo and the Secrets of the Sistine Chapel” the long-running show which debuted on March 15th at the Auditorium Conciliazione in Rome. The concept of immersing the audience within frescos of the Sistine Chapel was realized by creating a physical vault which spans over the auditorium seats to provide a 270°digital projection surface, effectively rendering the entirety of the theatre, even the ceiling as a space rich with performative possibility. Spanning 27m at a height of 12m, the vault provides over 1,000sqm area of projection surface and becomes the physical manifestation of the imagination of Michelangelo’s mind and ultimately reveals the Sistine Chapel in its entirety. 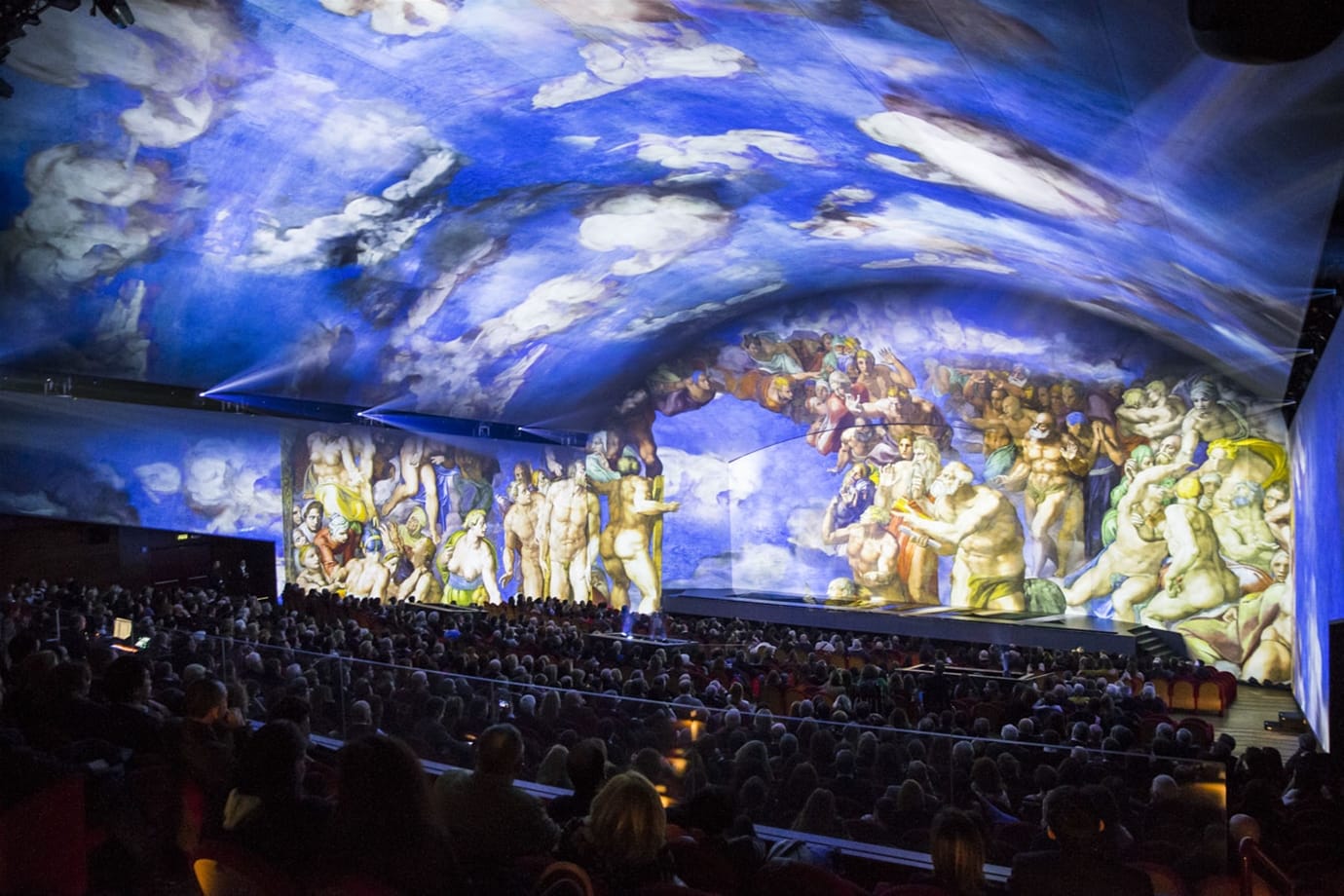 Or take Lady Gaga’s Born This Way Ball tour, dubbed an “Electro-Metal Pop-Opera.” With the assistance of Stufish Architects, the tour incorporated a lifesize medieval style castle complete with viewing towers and intricate carvings which rotatesd and maneuvered throughout the show. The elaborate and impossibly complex set design imbued the show with a haunting gothic aesthetic which furthered her albums gritty industrial instrumentation, manifesting a conceptual universe in which the album and the artist could come to life. 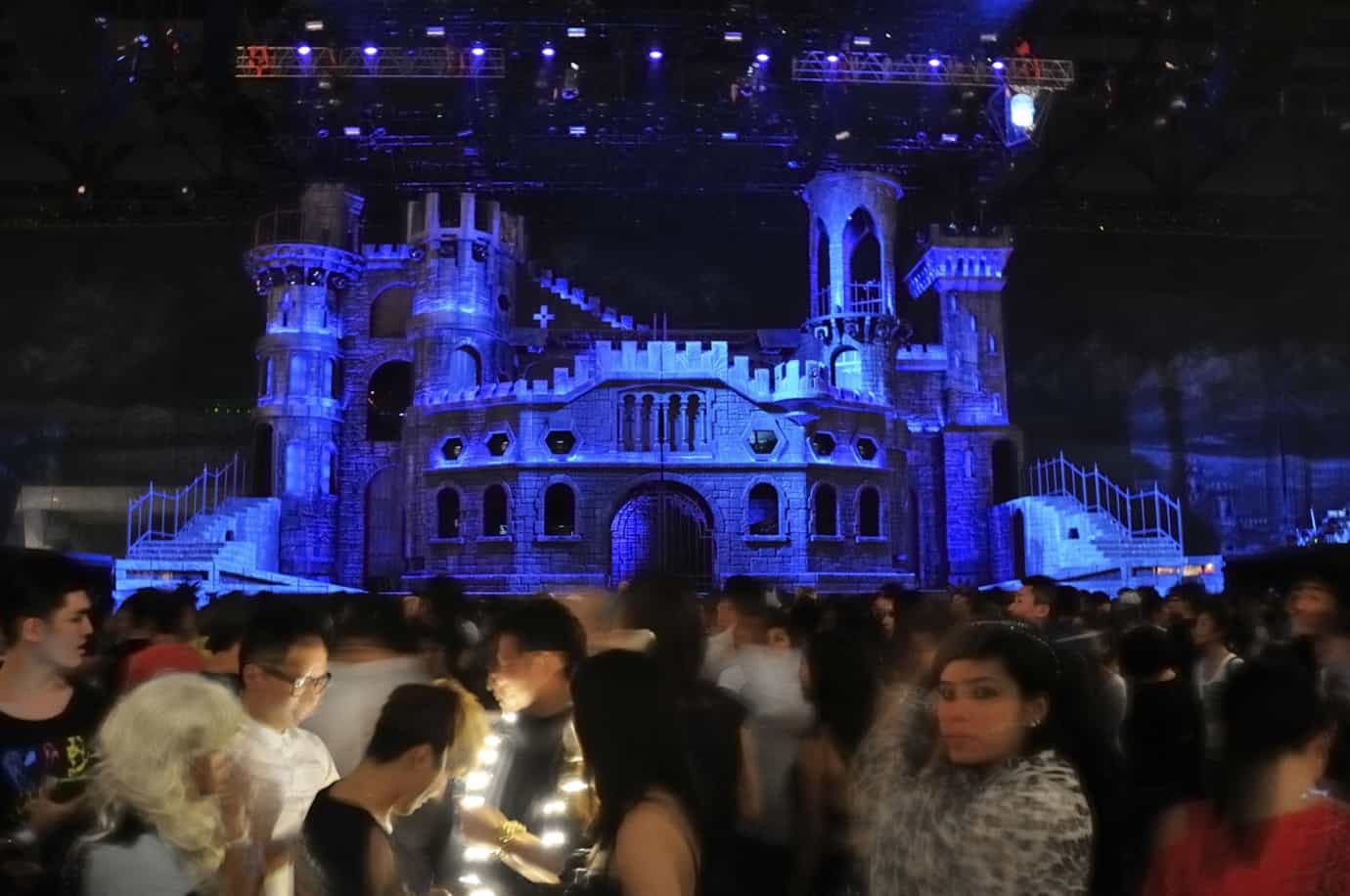 Contemporary stage design, aided by digital technology can also eschew the classical proscenium stage set up for something entirely more immersive and disruptive. U2’s Innocence + Experience tour is an example of how transforming space maximizes the theatrical experience for spectators in traditional arena settings. In 2015, they revealed the ‘Innocence’ stage. It divided the arena into two sections and connected the mainstage to the B stage through a long catwalk.

This setup denoted the narrative of the bands’ journey from the home out into the world. Featuring a ‘Barricage video structure’ of 100-foot long translucent video screens which expressed this divide, Stufish Architects created a way in which to deliver video graphics and performance to the audience in a way that was both multi-directional and immersive. This unconventional setup and combination of multimedia allowed the band to get as close to the audience as physically possible immersing the arena in an intimate performative experience. 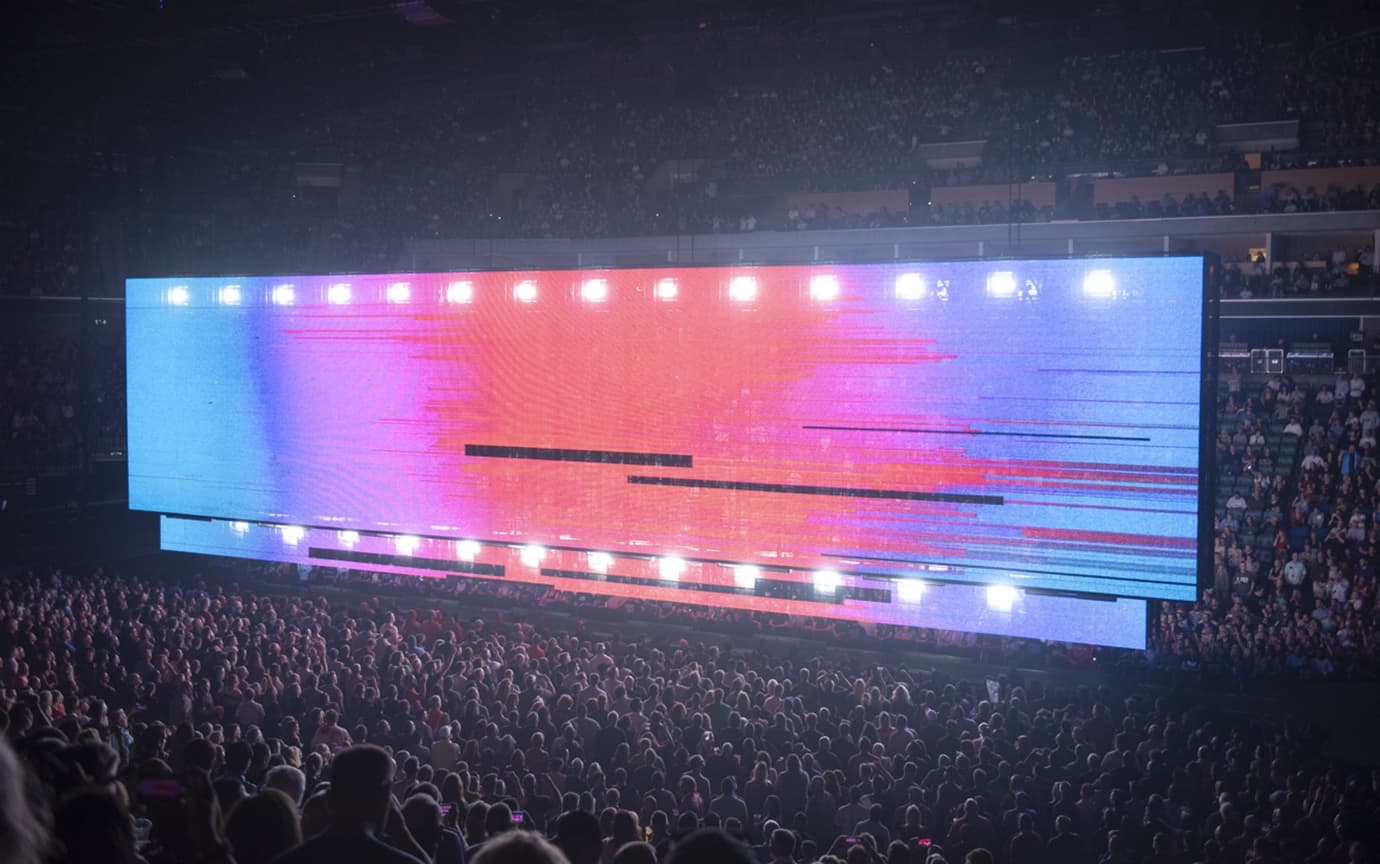 In addition to elaborate stage sets and subverting proscenium audience orientation, contemporary stage design aids in executing an artists conceptuality. Take, Beyonce’s monumental Coachella performance. The concept: “Beyoncé’s Homecoming” involved a bleacher style pyramid structure that filled the entire stage. A large cast of dancers on top of the structure created a kinetic backdrop of bodies throughout the spectacular show. A large inverted kinetic triangle of over 150 lights also hung above the stage. Before the show started, the triangle of light sat vertically in front of the stage, acting as a luminary curtain before rising and revealing the stage.

Inserting herself into a long grand tradition of paying homage to the culture of historically black colleges and universities, the set closely resembled the bleachers of a university stadium and the performance called to mind many of the traditions of HBCU “step” performances. An overtly African American centric performance, Beyonce in positioning a spectatorial setting as the stage design itself, succeeded in effectively mirroring both the audience and the abstract conception of contemporary American culture back to itself by mirroring the spectator back to themselves. 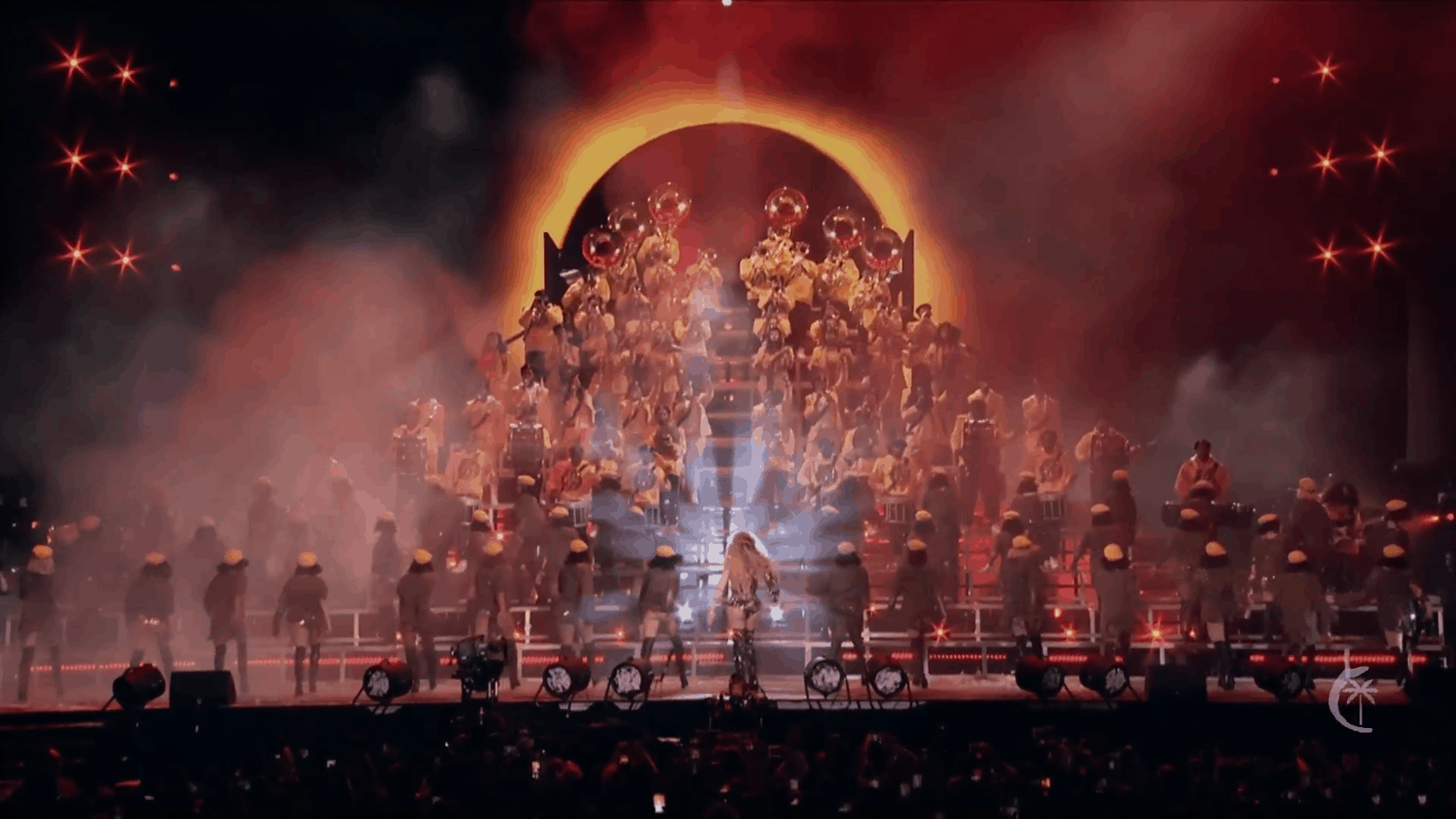 Contemporary stage design has pushed the limits of classical theatrical staging conventions. This effectively allows artists to manifest their artistic ethos’ and political messages through various means. Multimedia, elaborate set design, and unconventional spectatorial relationships become an integral part of the world of the artist. Through the help of architectural firms like Stufish, their concepts become immersive experiences which enrich their performances indelibly.