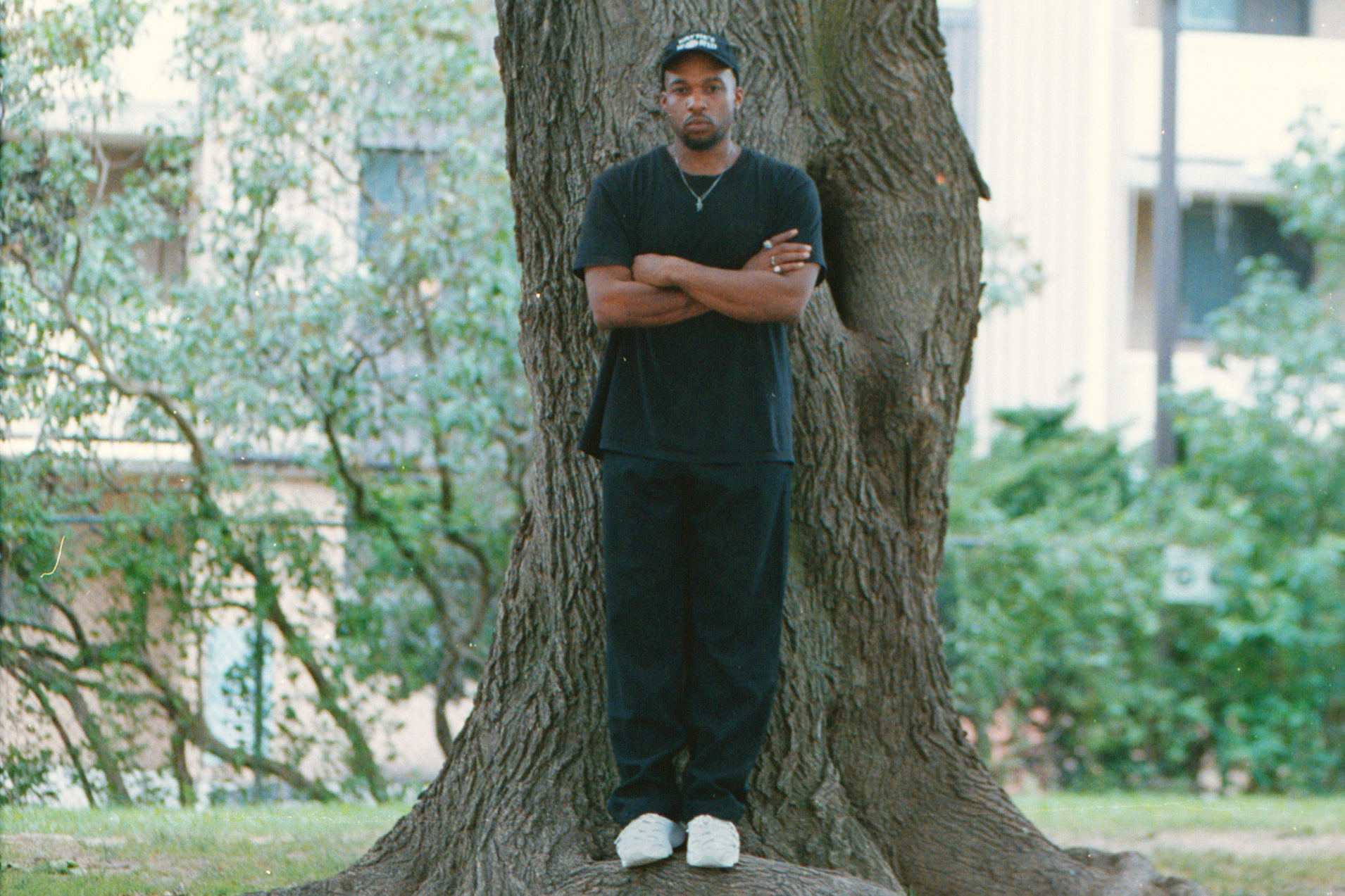 Othello Grey is a self-taught Toronto-based photographer capturing ethereal story-telling images, blurring the lines between high-fashion editorial and engaging portraiture. Othello seamlessly tells the story of his subjects through his works, having captured Louis Vuitton’s first NBA menswear capsule under the artistic direction of Virgil Abloh, activist Ravyn Wngz for i-D and even Toronto’s Queer club scene. With his artistic vision and just the right amount of moody lighting, Othello plans to pave the way for Toronto photographers by helping to change the narrative of how the city approaches the art scene.

We spoke with Othello about being featured in CAFA’s 2022 New Gen List, how he developed his personal photography style and his thoughts on disposable cameras. Scroll down to read the exclusive Q&A.

Congratulations on being included in CAFA’s 2022 inaugural New Gen List. What does this rising star achievement mean to you?

It’s definitely special, I’m always grateful to be recognized for what I do. There are so many photographers in this city/world and those of us who use social media are constantly processing thousands of images every day, so to be able to stand out for my perspective means a lot. 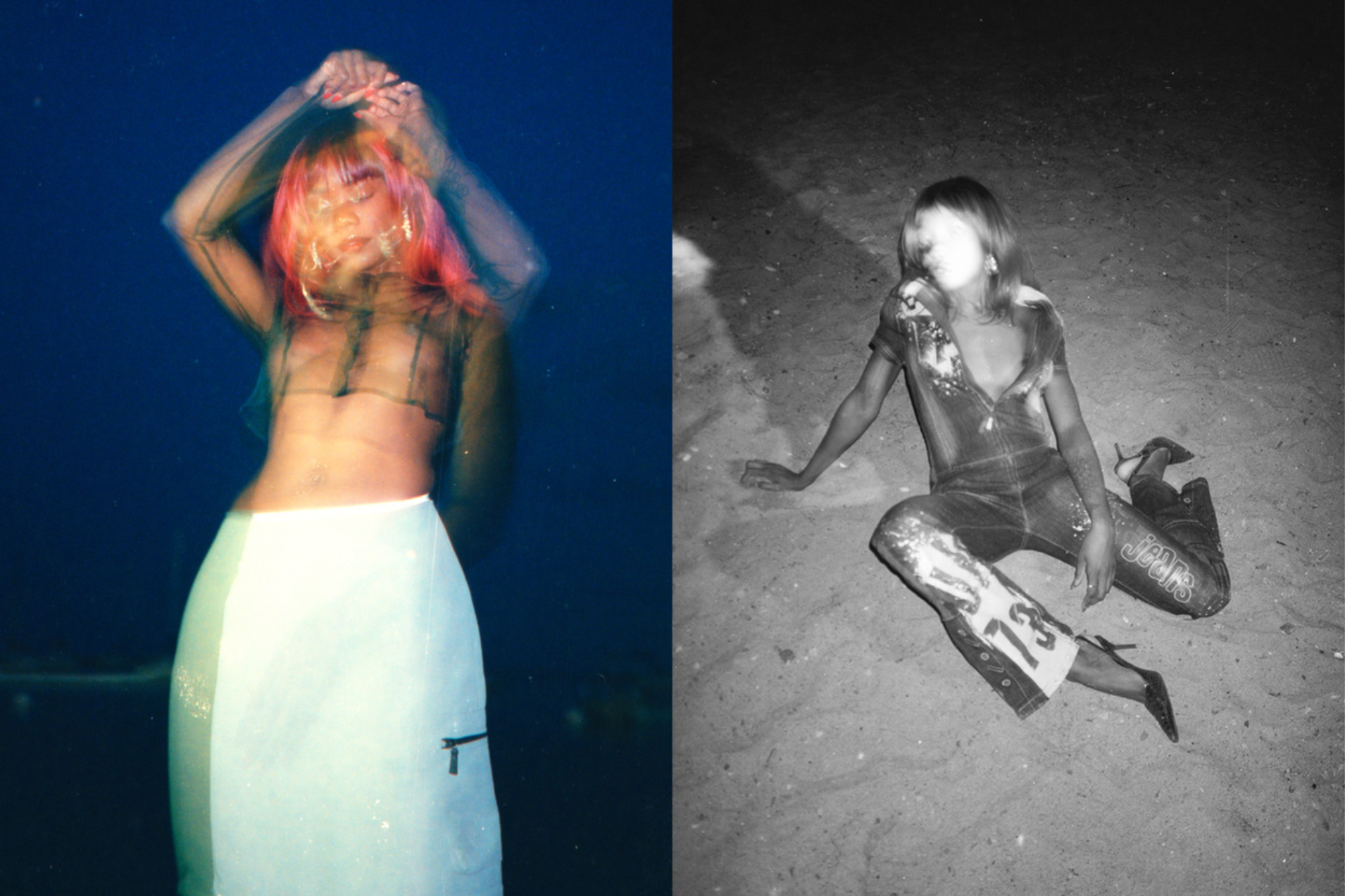 What are some of your early images that got you noticed?

One specific image was a photo of the Comme des Garçons x Nike Vapormax that I’d taken for SSENSE, Romany had the idea to photograph the shoes underwater and the relationship between the texture of the sneaker and the water created a really interesting dynamic that people gravitated towards. I remember receiving so much positive feedback for that and it kind of spearheaded my career. 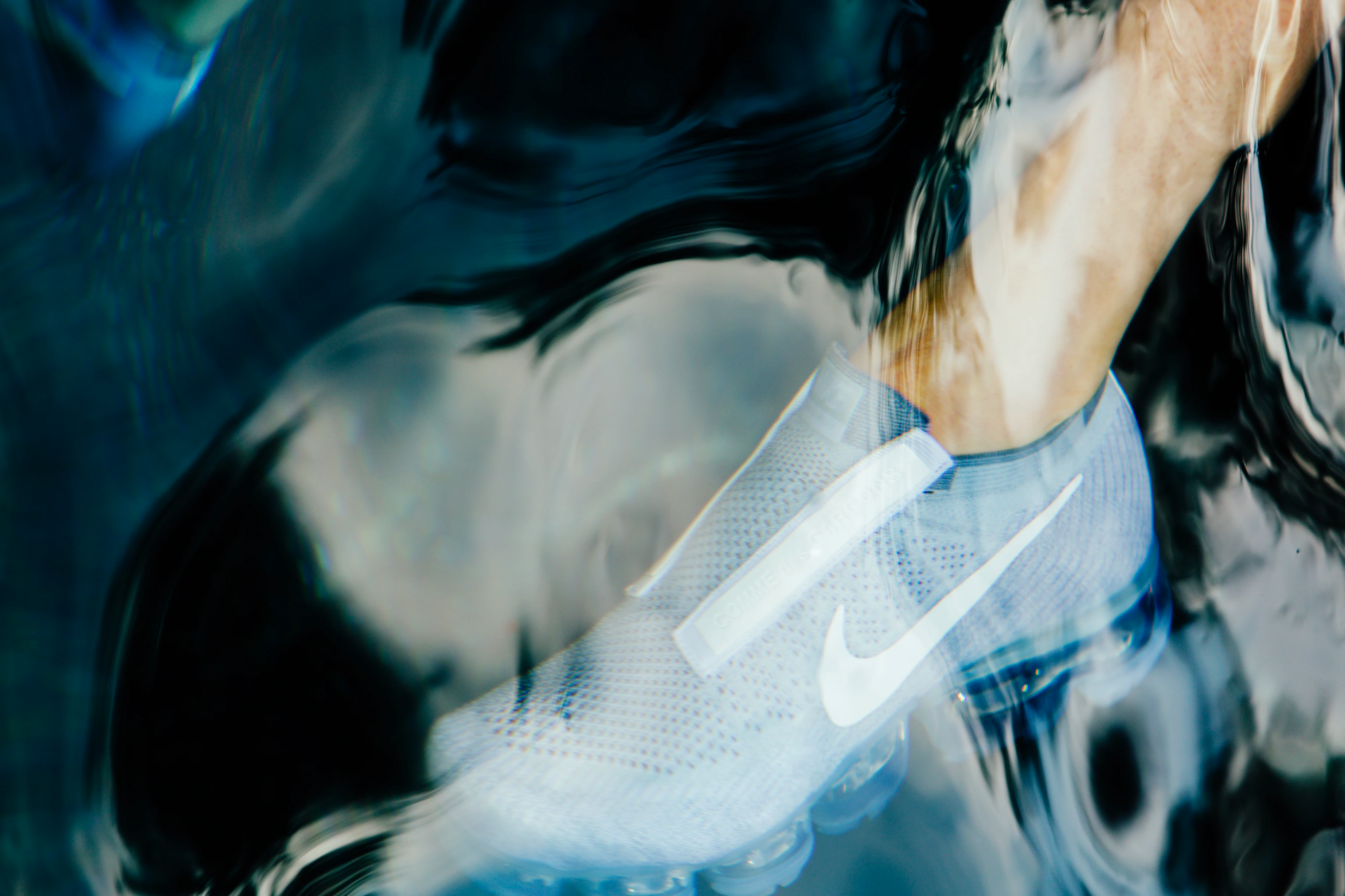 You’ve worked alongside creatives like Virgil Abloh and Ravyn Ariah Wngz. Name drop some creatives you admire and why.

Liam MacRae for sure, his ability to create timeless images that are also very specific to his personal interests is such an intangible and unique skill. Freddy Carrasco, Moya Garrison-Msingwana, Gyimah Gariba- probably my three favourite visual artists on the planet, all three of them have managed to create entire universes within their work that are personal, profound and enchanting. Keenan MacWilliam, one of my favourite directors, tells stories in a way that makes you feel like you’re watching your own life play out. Charlotte Day Wilson, I remember thinking ‘how does she do that?’ when I first heard her voice. It’s like she becomes a different version of herself in her music, the same way that a superhero suddenly would lift up a car without batting an eyelash. I really admire how she approaches her craft and navigates her career. 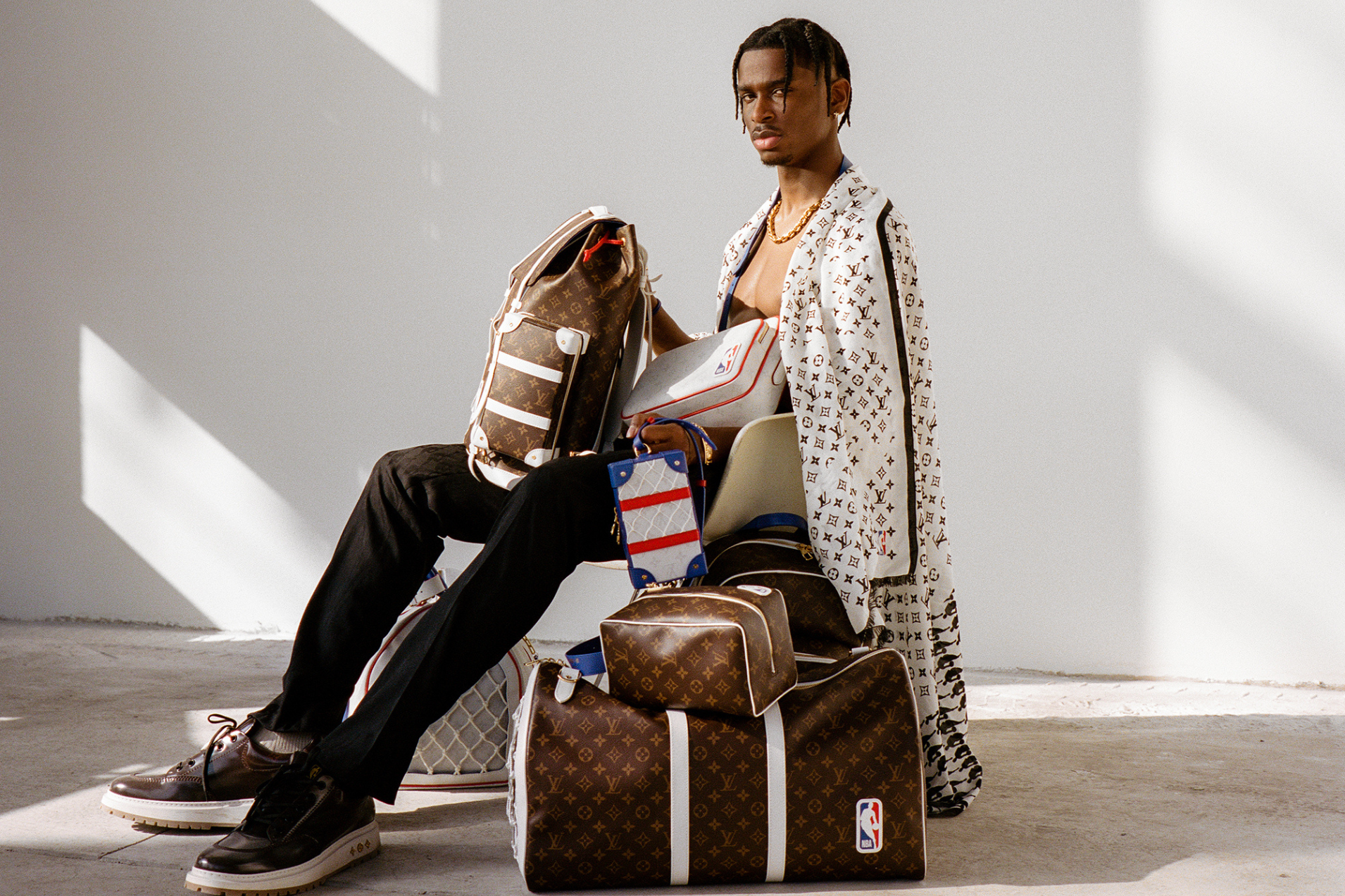 What are your thoughts on disposable cameras?

They’re amazing, I encourage everyone reading this to go out and buy one and to take as many photos as you can. There’s nothing better than having a catalogue of your experiences to share with people as you grow older. If I’m ever lucky enough to have kids I’m going to give them disposables as soon as they’re able to understand the idea of taking a photo- so when they grow up they can have direct references of their childhood that words alone can’t express.

How do you stay inspired and break out of creative ruts?

First I’ll say that staying inspired all the time was an unrealistic pursuit for me – when I tried to be that way 100% of the time it led to frustration when my output wasn’t always at the standard I’d set for myself. Over time I’ve developed enough self-awareness to recognize what inspires me and also that it’s not always in my control. So to get back to that place where I’m vibrating at a higher frequency I first take time away, to give myself space to recuperate, then I look inward and try to find the source of my uninspired state and then I’ll go into research mode. I spend time scouring the internet for past projects from designers/photographers that I respect, looking for something that makes me feel something I’d either never felt before or a variation of something I’d felt in the past. I’ll then come back to the present and see what new editorials and campaigns have come out, to see if those spark anything within me. That process usually yields good results.

What are some of the challenges when working with a film camera?

Hm, a film camera is really like any other tool or skill, you have to take the time to understand it and how to use it or it will only fail you. In the beginning, it can be intimidating because you can’t see what you’re producing, so there’s this fear that the final photos won’t be what you imagined-but once you learn enough, you develop confidence and trust in your camera because you know what you’ll expect. Film photography isn’t arbitrary by any means, there are very clear and definite factors as to why a photo taken with a film camera will or won’t come out the way you expect (minus malfunctions you can’t account for), once you understand these definitive factors, the challenges are minimized. 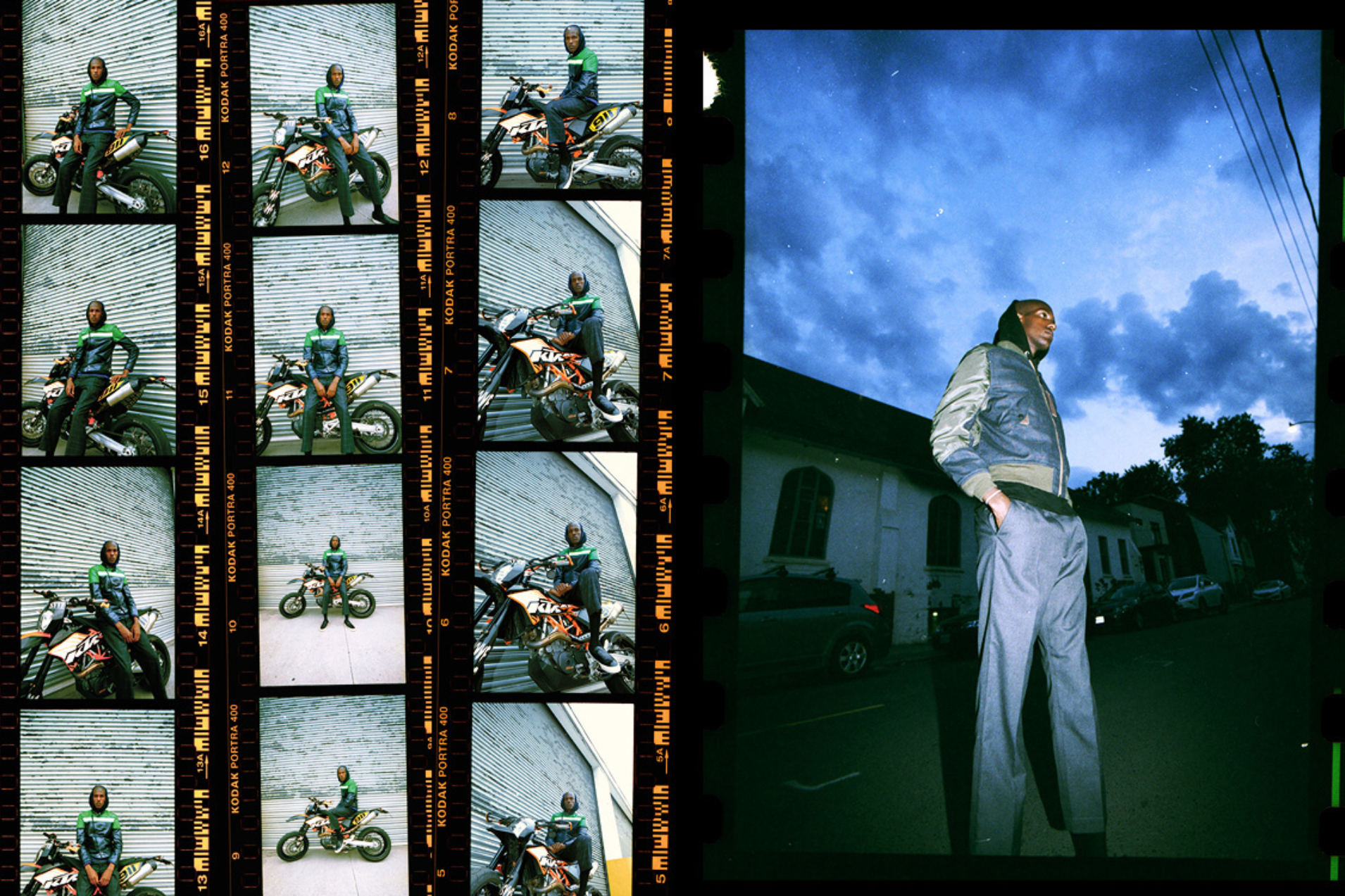 From editorial, commercial to artistic photography. How did you develop your photography style?

It came from not really knowing any better. I experimented with whatever little resources I had, trying to make my work feel the way that other photos made me feel. I had no money to rent lights or gels so I bought a police grade flashlight and used that to create spotlights and moody lighting, I thrifted a pair of spotlights that I thought could make my photos look more cinematic, I bought a cheap scanner on Kijiji because I wanted to have film strips in my photos and I also thought that the resolution of those scans would maybe give my photos the energy I was seeking out. So my style originally came from a desperate pursuit and now it comes from an understanding of what elements of a photograph dictate what feelings are conveyed. I know what angles, film stock, lights etc to use in order to produce exactly what I imagine. Continuing to learn more has always proven to be the way I’ve achieved growth and got closer to having my ‘style’ of photography be at my control. Knowledge is truly the best way to develop a photography style, the more tools you have the better a foundation you are able to build.

What barriers have you faced in your career?

Too many to count lol – a definitive lack of resources, creative spaces being torn down in place of condos, lack of opportunities in the creative field, lack of representation and more. I’m thankful for any chance I’ve been given but in my short time doing photography I’ve quickly recognized the amount of progress Toronto needs to make. Beyond a few projects, I mostly gained traction in my career through projects and opportunities from outside of Toronto versus in Toronto (which is largely because of reasons stated above). Hopefully in my lifetime I can help play even a small part in changing the current narrative and help lay a new foundation for how the city approaches the arts to help foster future generations.

What is coming up next for you?

Right now I’m in the early stages of preparation for my first solo exhibition and working on finishing my book. While those two things are in motion I’m finalizing a few personal projects that I’d put on pause due to the pandemic. 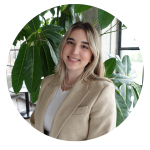 Sara is a fashion enthusiast, film lover and jazz listener. She also works at Matte PR. 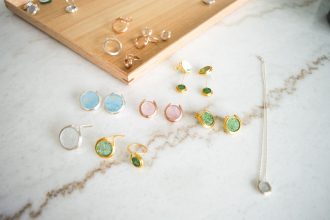 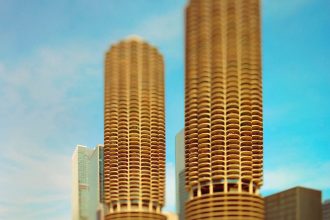 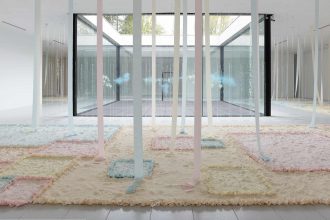