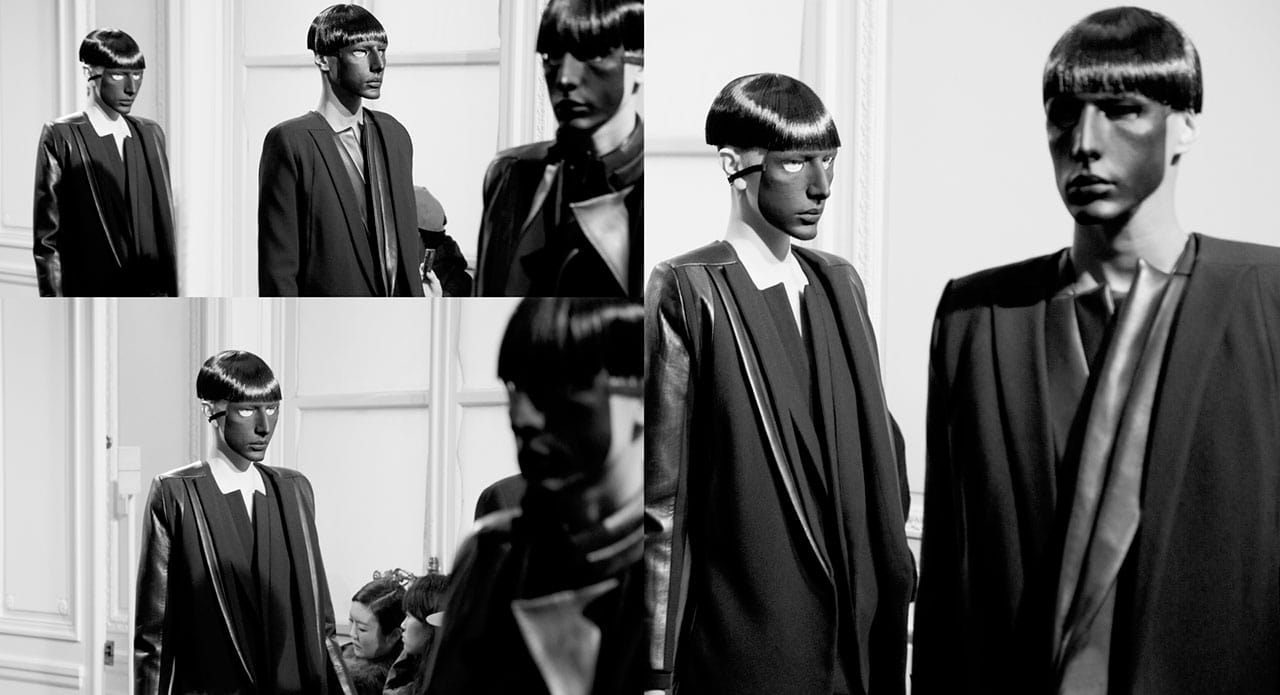 BREAKING RAD: How Gender Fluid Fashion is Skirting the Edges of Maleness

In 2013, Montreal designer Rad Hourani broke bad: he presented the first Unisex Couture collection at the shows in Paris. Male and female models walked the runway in androgynous, monochromatic looks, sporting identical black bowl cuts. Hourani, born in Jordan to a Jordanian-Canadian father and Syrian mother, came of age in Montreal, and now resides in Paris. He is the first Canadian to be invited to show at the Paris Couture shows, and at the age of 30, showcased a truly innovative collection.

Hourani’s work can be seen as part of a recent cultural shift on menswear runways where the elimination, abstraction, and manipulation of gender norms is gaining traction. While women have had a longstanding affair with menswear, men are now looking to the women’s department for inspiration.

Glossi mag chatted with Dr. Ben Barry and Daniel Drak, creators of a two-year project with Ryerson University called Refashioning Masculinity. They asked 50 men of diverse ages, body types, sexual orientations, ethnicities, and disabilities to provide a tour of their wardrobes and share feelings and memories attached to their clothes. The project culminated with a fashion presentation where research participants modelled their own clothing down the runway – cleverly located in the Ryerson weight room. 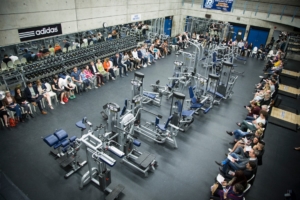 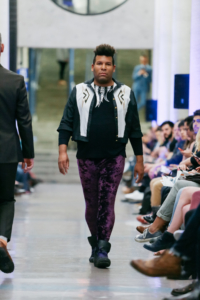 “There’s a weird thing sometimes when you’re black… where you can be urban black or you can be professional black… So if your style is not an urban style and it’s not a professional style, where are you? A lot of the black men that I look up to, like James Brown and Ben Vereen, they were all men who enjoyed flamboyance and enjoyed outrageousness… So while there does seem to be these two extremes of what a black man can look like, I do find that there are other examples to look at. If I’m going to a black focused event and the divide between professional and urban becomes really obvious… I am not fitting in on either side. But I don’t mind that because then there’s more room for me in the middle. I can just wear bigger shoulder pads.”

Barry, principal investigator on the project, used a feminist approach to investigate how fashion can be a vital tool to advance social change. “The goal of our fashion show was to use fashion in a research context, when generally the fashion show was used to sell clothes. Our show was a way to engage community, rather than sell trends.” said Barry.

On the androgynous trend, Barry notes that often, androgynous clothes are just men’s clothes with a unisex label on them: “I think in many ways, it really upholds standard notions of what masculinity is. Women have now been able to cross and wear things like the power suit, as a way to convey seriousness, authority, and influence. Women have played with masculine clothes, but it has not been the same for men. When men experiment, they can be made fun of, or they become the butt of jokes. Androgyny can uphold patriarchy and masculine norms, at least in the way it is currently being expressed within fashion.”

Researcher Daniel Drak credits social media with this new resurgence of playfulness with gender, “It’s not new … we’ve seen people like David Bowie and Prince experiment with gender. What is new is that it’s becoming more mainstream, particularly on the runways. And because of things like the internet and social media, we have access to this new dialogue about gender issues. We’re talking about ideas in 2016 that we never talked about 10 years ago.” 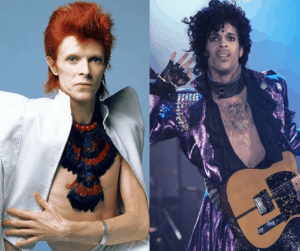 With an earlier than expected departure of Frida Giannini at Gucci in January 2015, Gucci’s new Creative Director Alessandro Michele both enchanted and enraged the fashion world with its antithetical vision of past Gucci collections. His Fall 2015 menswear collection was a veneration of fluidity and androgyny with pussy-bow blouses, lace tunics, and chiffon. Michele’s work salvaged fashion codes from a more conservative time in female dressing. In one swift move, Gucci’s collection catapulted the brand into the future. 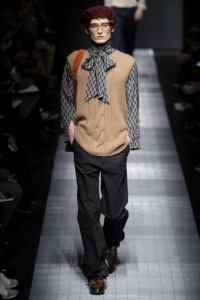 Nightlife is often a laboratory where fashion designers find inspiration for new looks. Eclectic club kids that combine costume items and charity shop finds are often fashion’s favourite muses. For more information on this, we asked music journalist Benjamin Boles to provide insights into how gender experimentation and nightlife have collided historically and in present day. 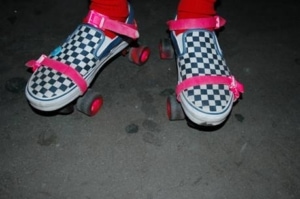 “You’ve got to go back more to before the 80s and to the 70s to the birth of dance music culture and DJ culture and the early days before disco really, to New York and the underground party scene which was very much based on providing social spaces for queer people of all kinds to actually be able to congregate and not get beat up and be able to express themselves,” says Boles.

“Gender performance is a separate issue from sexuality, but because it’s attacked in the same way. Often times the same spaces where people can explore their sexuality are the same spaces that are safe for people to explore their approach to gender. And nightlife, in its ideal form is a space of total freedom to be yourself. So that’s where you’re going to see people try out looks that they wouldn’t normally feel comfortable wearing walking down the street. It’s always been a place where fashion communities have formed their ideas” 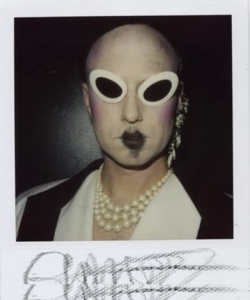 Skirting the Edge of Law

This unisex, gender-neutral trend has been embraced by celebrity and street style culture, with the term “girlfriend dressing” being applied to describe men who are borrowing from the girls. The trend has shown up in a few different places: in 2014, Harry Styles reported that his fave pair of denim is a women’s Paige skinny jean. Then there’s the ‘men in skirts’ phenomenon: this has been adopted by Jayden Smith, Kanye West, and ASAP Rocky, who have helped popularize the skirt-over-pant look for men. 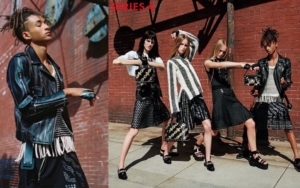 On the runway, in pop-culture, or in nightclubs – a new approach to style exists in a confluence of 70s glam, urban streetwear, technological revolution, and gender-fluidity. RAD-ical. 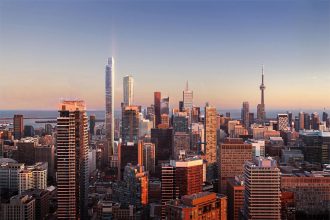 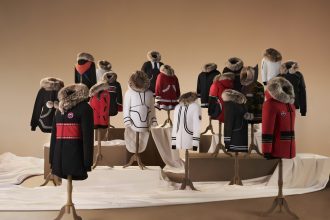 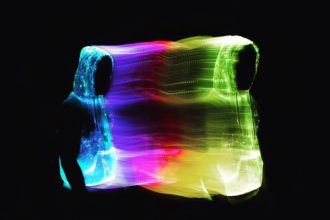