Unless you’ve been living in a cabin in the woods, (in which case we’re slightly jealous) you’ve likely seen the square-toed sandals and buttery leather bags of Daniel Lee’s Bottega Veneta on your feed as of late. The recurrent motifs of the brand’s reboot at the new designer’s behest have a certain uncanny ability to stop you mid-scroll and fixate you, and for good reason. It seems the brand’s new creative direction has a ubiquitous appeal, having enjoyed a wildly successful year.

Starting with his debut fall collection, the brand’s new aesthetic has been widely embraced by top fashion influencers, models, even garnering its own fan account that has quickly gained momentum on Instagram. The brand has maintained this momentum, effectively sweeping this year’s Fashion Awards. Lee’s Bottega won Brand of the Year, in addition to the designer taking home awards for Designer of the Year, British Designer of the Year for Womenswear and Accessories Designer of the Year.

With the brand’s latest Pre-Fall Men’s 2020 collection having just been released, it’s wave of popularity shows no sign of slowing down. The collection is equally as chic as it’s predecessors and maintains the simple sophistication the brand has become known for. Slouchy pleated trousers and structured oversized blazers abound next to haute anoraks rendered in loud primary shades, while accessories and furs are woven in the brand’s signature criss-cross motif.

The simplicity of the ‘new’ Bottega Veneta is resoundingly appealing in the post-streetwear paradigm we’re living in (read up on the “death of streetwear” here). In the wake of Alessandro Michele’s baroque eclecticism and a fascination with the aesthetics of the uncanny and downright ugly a la Balenciaga and Vetements, suddenly a sophisticated slouchy cream leather clutch seems subversive and oh-so-appealing.

Simplicity is at the heart of the brand’s surge in popularity, and while the clothes are completely lacking in any sort of instantly recognizable logo branding, those signature square-shaped heels and woven leathers are instantly recognizable. The sudden relevance of the brand and it’s rather subtle appeal says much about the changing landscape of consumer tastes entering into the ’20s. Logomania and bad taste are dead, bring on the era of understated chic. 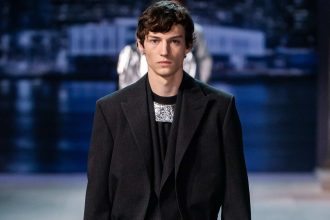 The Death of Streetwear: Fashion’s Next Step 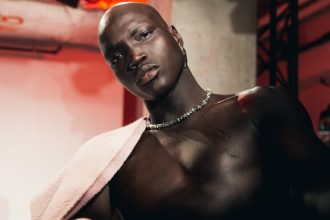 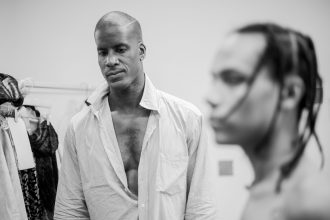