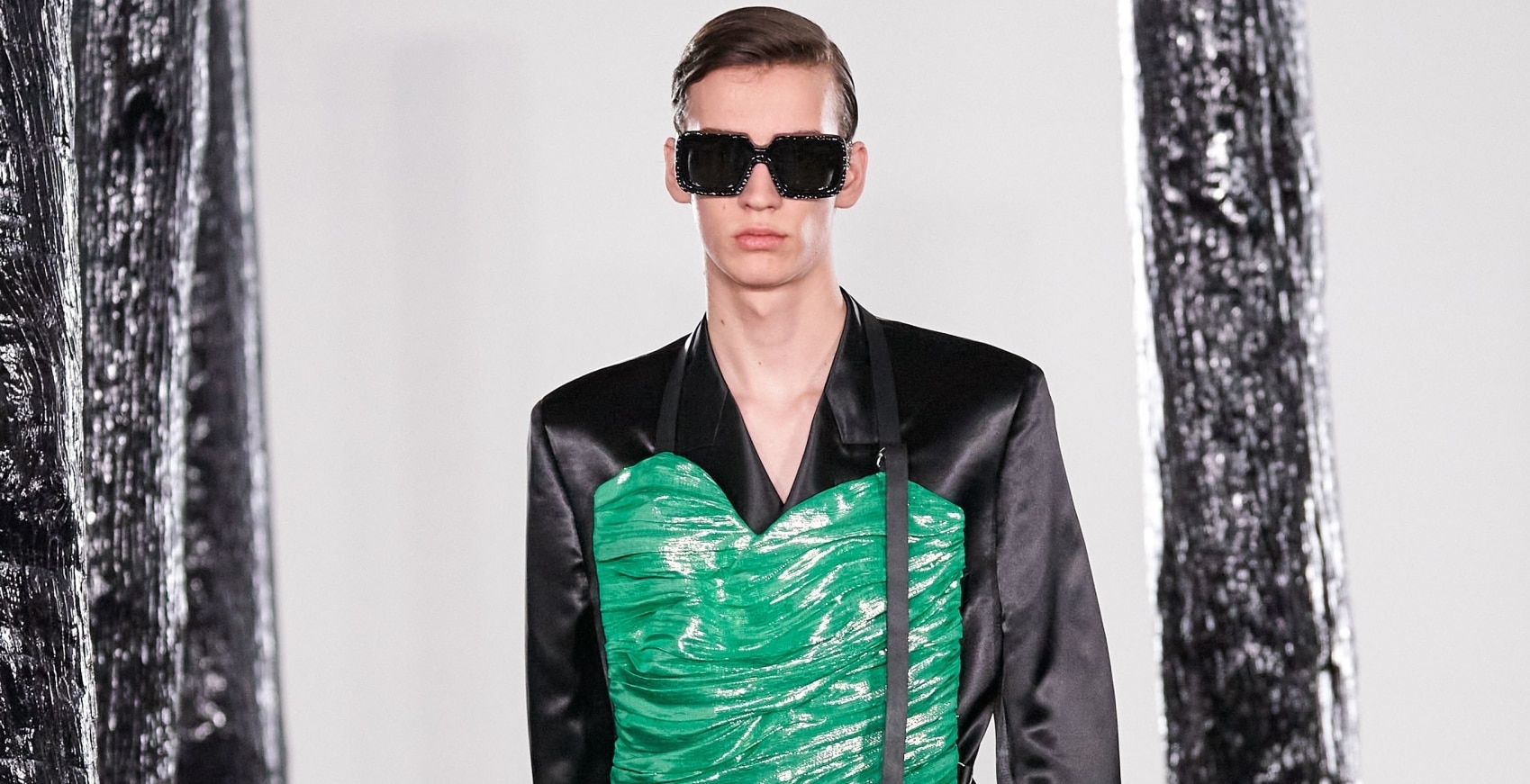 The first menswear shows of the new decade were underway this past week in Paris, offering a glimpse of men’s fashion moving forward into the ’20s. Coalescing classic menswear silhouettes and sharp tailoring with womenswear pieces and haute-couture motifs and textures, the future of men’s fashion is as varied and open to self-expression as ever. In the wake of streetwear and uber-masculine aesthetics on the runways, brands are changing course, flirting with dandyism, femininity and sophisticated minimalism.

Craig Green’s Fall 2020 collection was a masterful lesson in the avant-garde, blending his utilitarian-geared sensibility with an abstract aesthetic. The collection’s first half, buffered by outerwear rendered in monochromatic hues was filled with contemporary suiting and shirting inverted by robust puffer-like motifs. The show ended with Green wading into his usual sculptural territory, offering structured geometric silhouettes in a diverse array of shades. 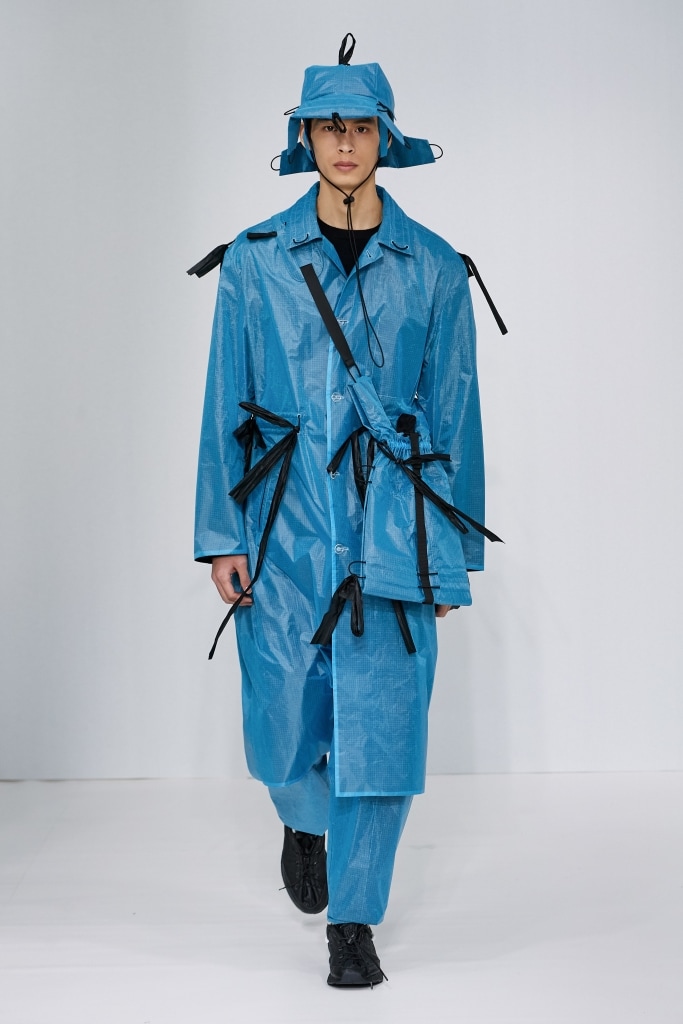 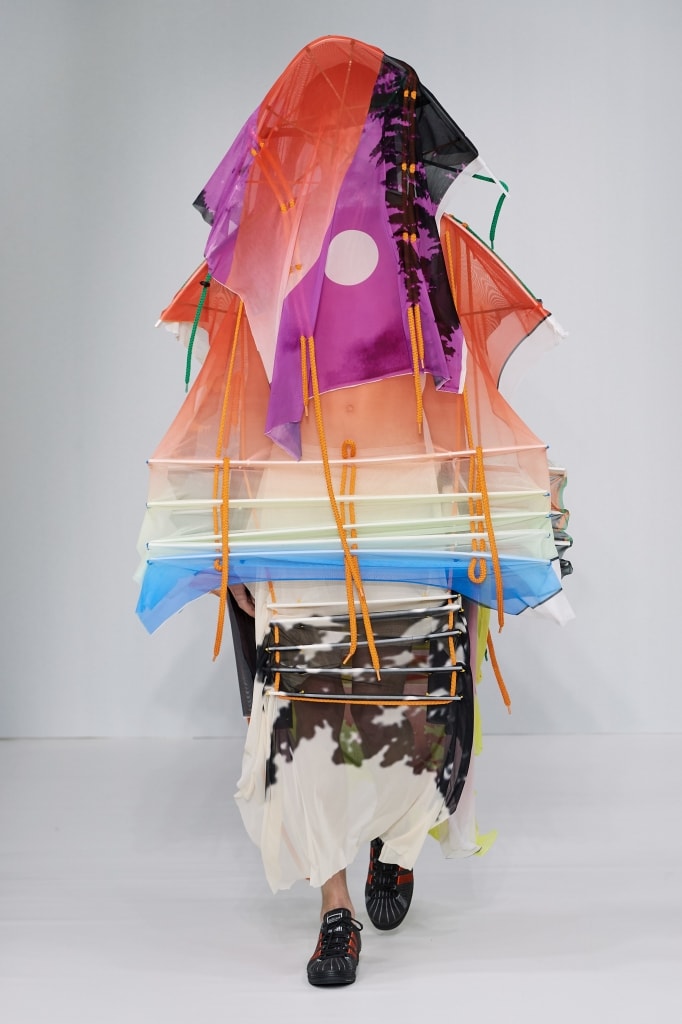 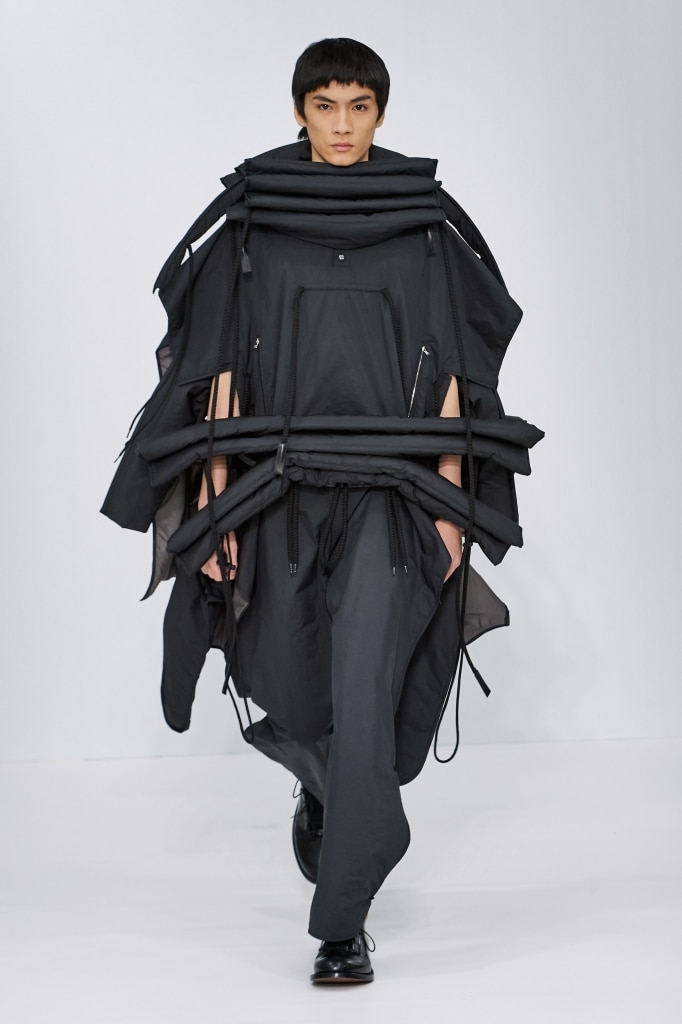 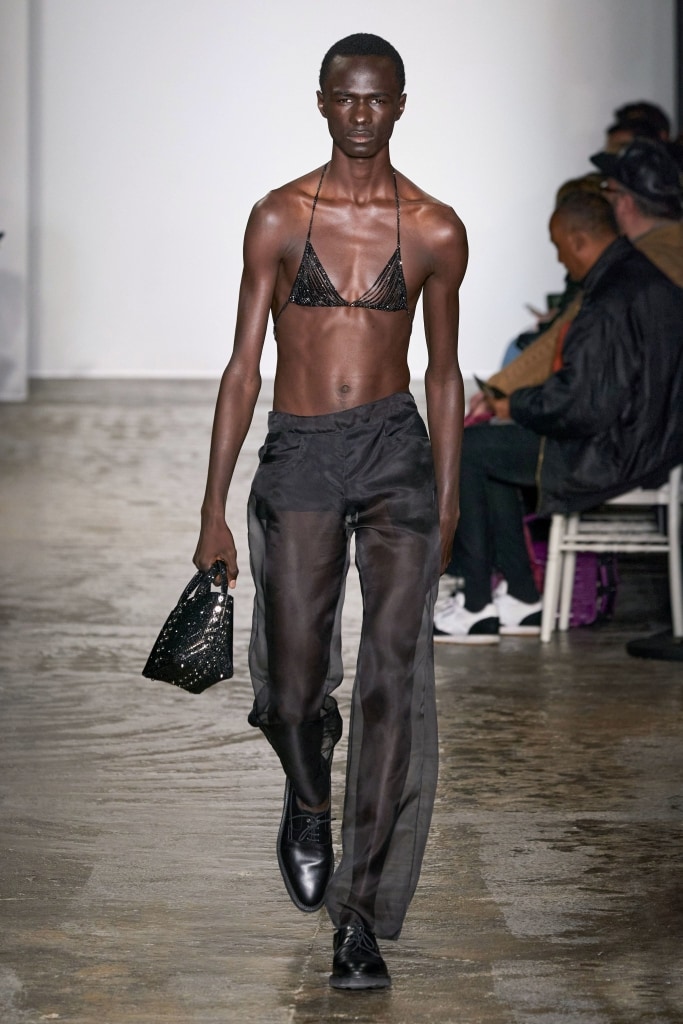 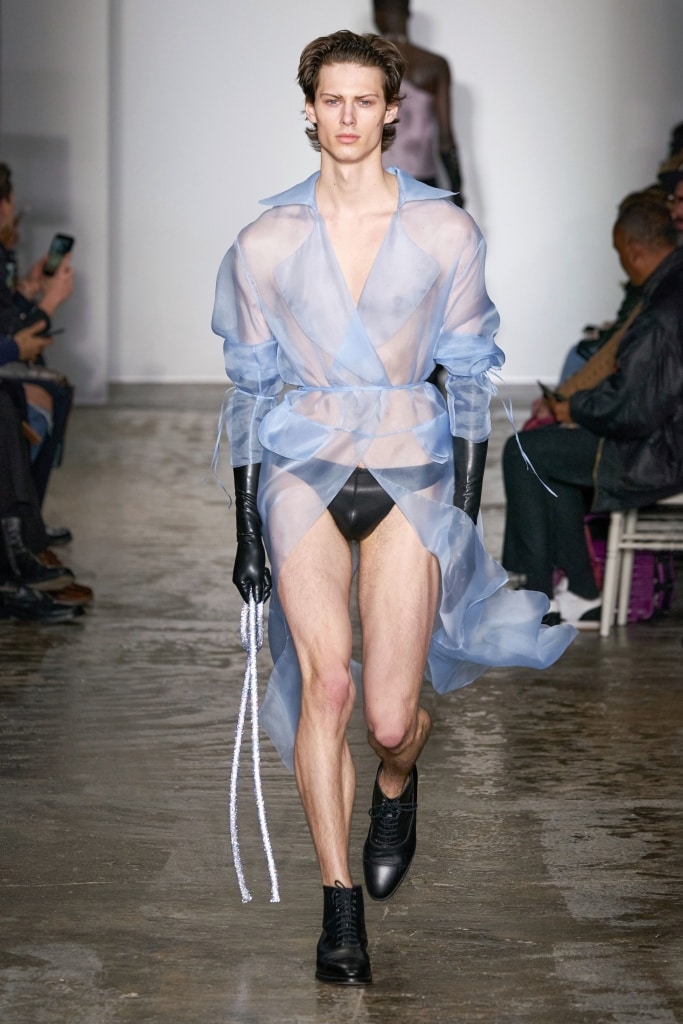 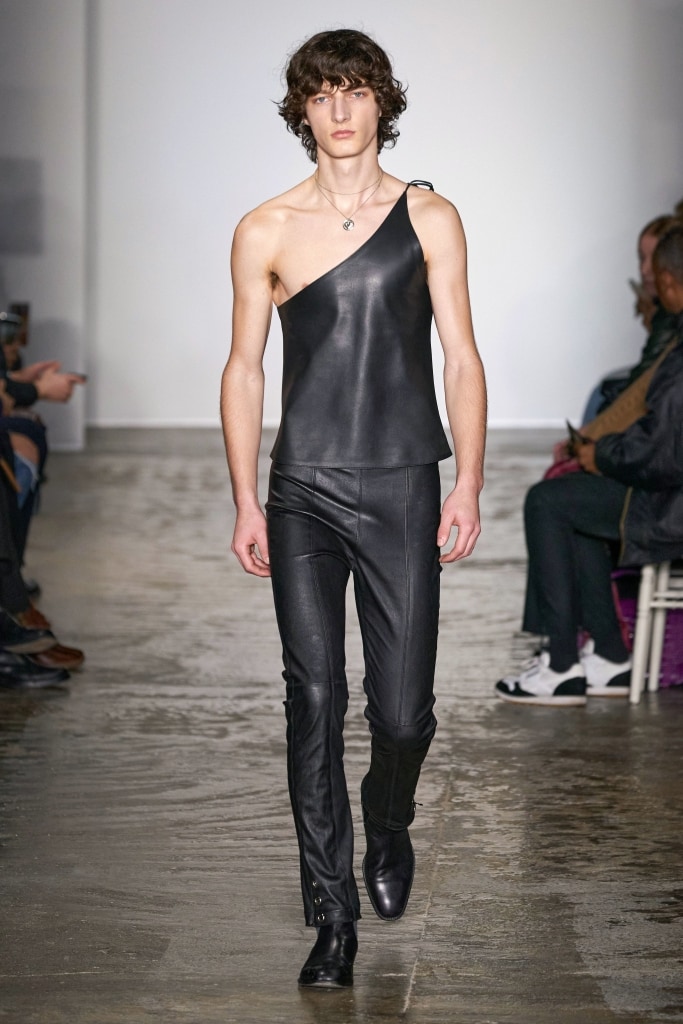 Clare Waight Keller’s Fall 2020 Men’s collection for Givenchy was inspired by a certain “cross-cultural” modernism, infusing the sophisticated aesthetics of dandyism with the cool street-oriented insouciance of Givenchy. Like a slew of other designers recently, including Virgil Abloh at Louis Vuitton and Sarah Burton at Alexander Mcqueen, Keller’s latest collection attempts to push the needle towards a post-street-wear paradigm, where sharply tailored suiting becomes a most-covetable fashion staple. 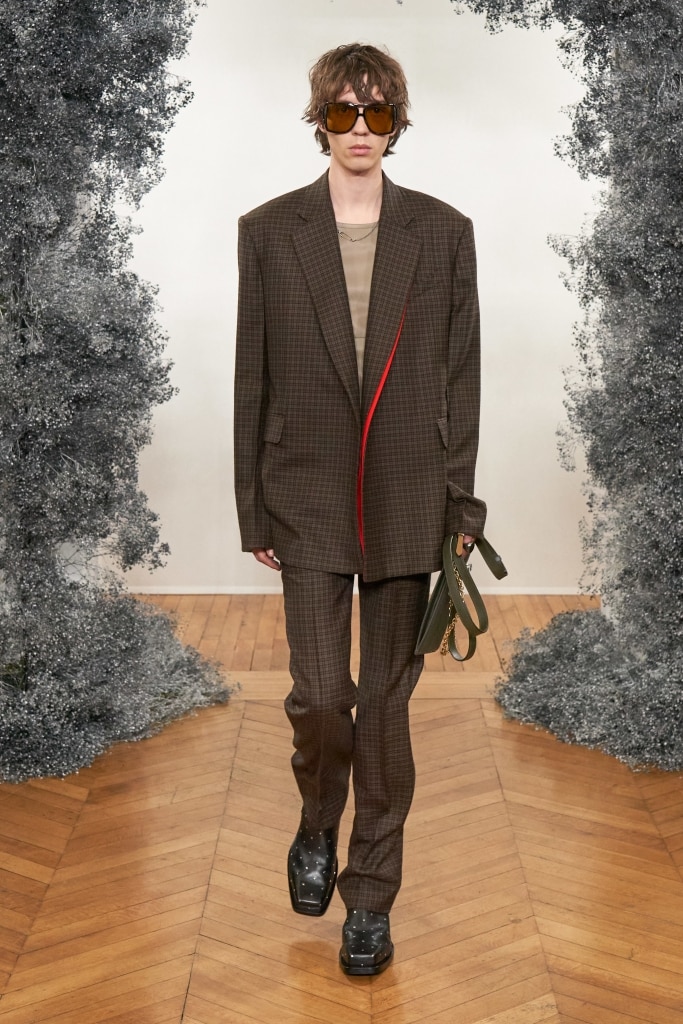 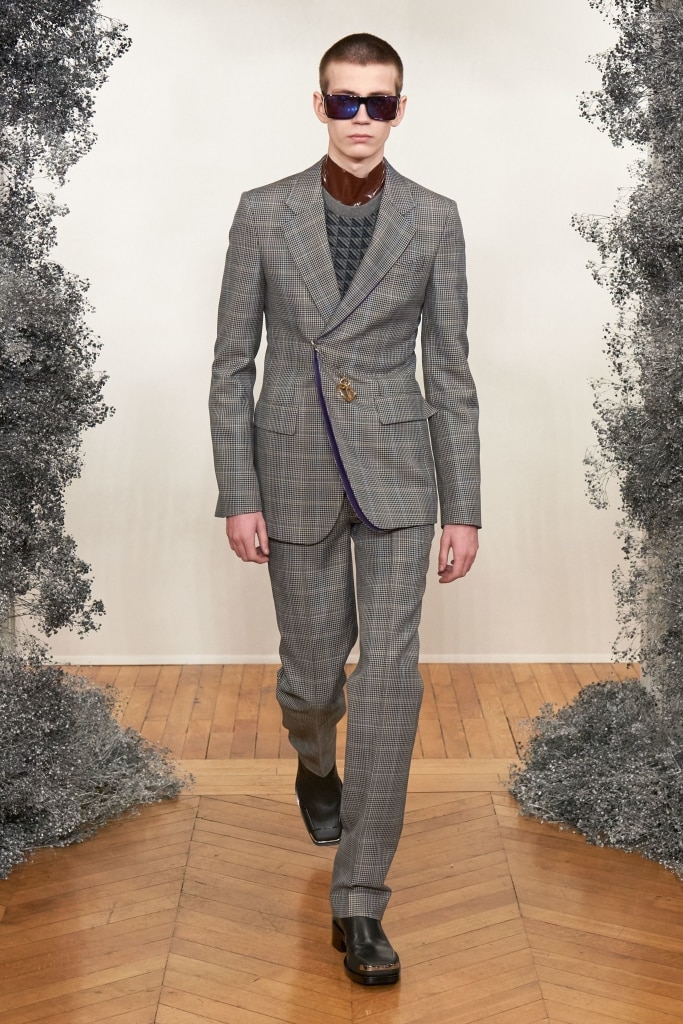 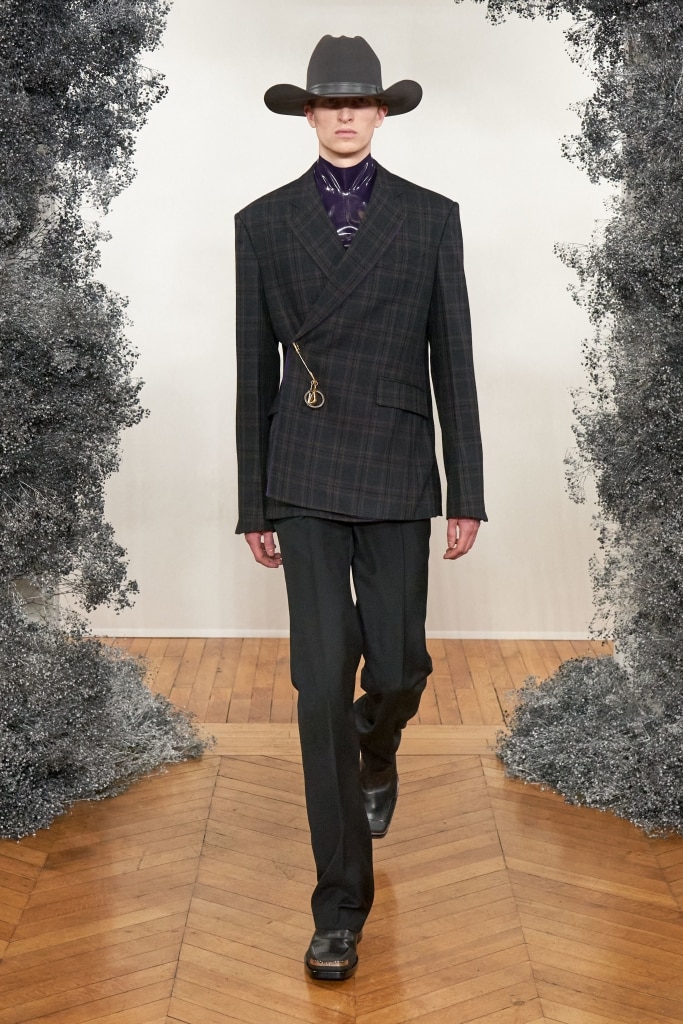 Kim Jones’ tenure at Dior Homme thus far has been a treat, and Fall/Winter 2020 sees him upping the ante even further. Delving into the house archive of ’50s haute couture, Jones incorporated silhouettes and embroideries of classic Dior gowns into a menswear collection that felt equally refined and forward-thinking in its genderless foundations. The concept was decidedly an homage to the late jewelry designer and stylist Judy Blame, a central figure in the London club/fashion/music/magazine scene of the ’80s, whose queer stylings have made an indelible mark on the industry. 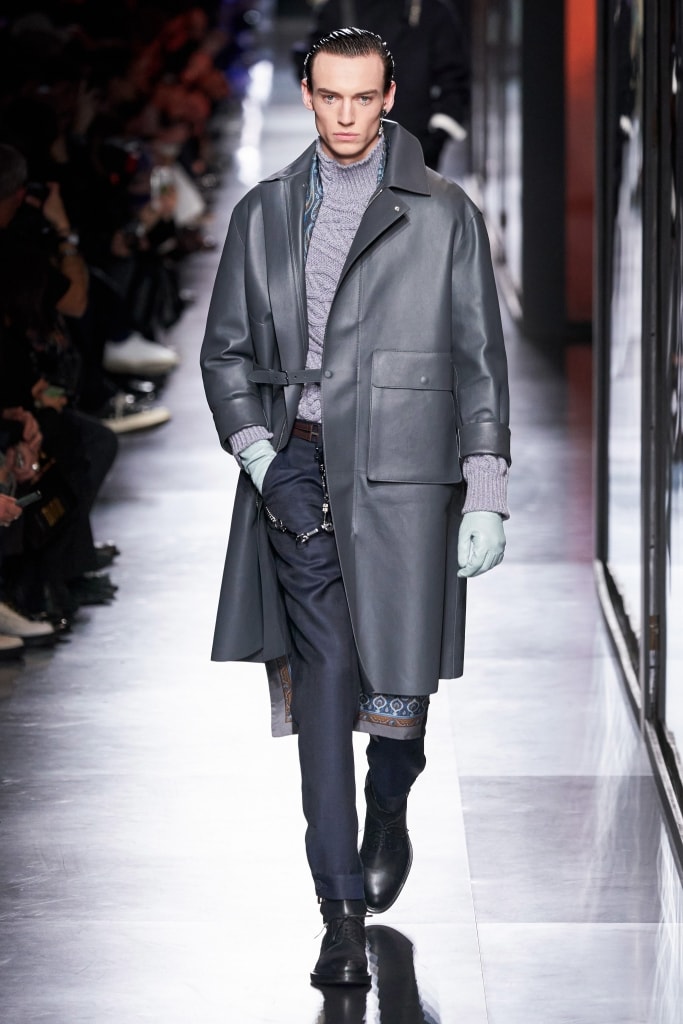 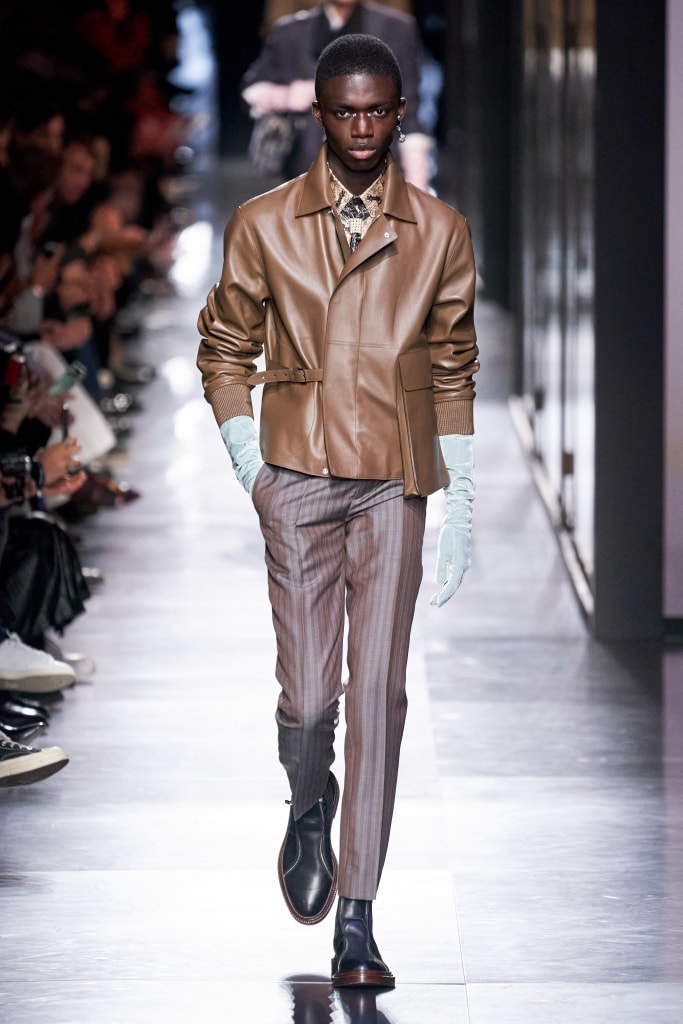 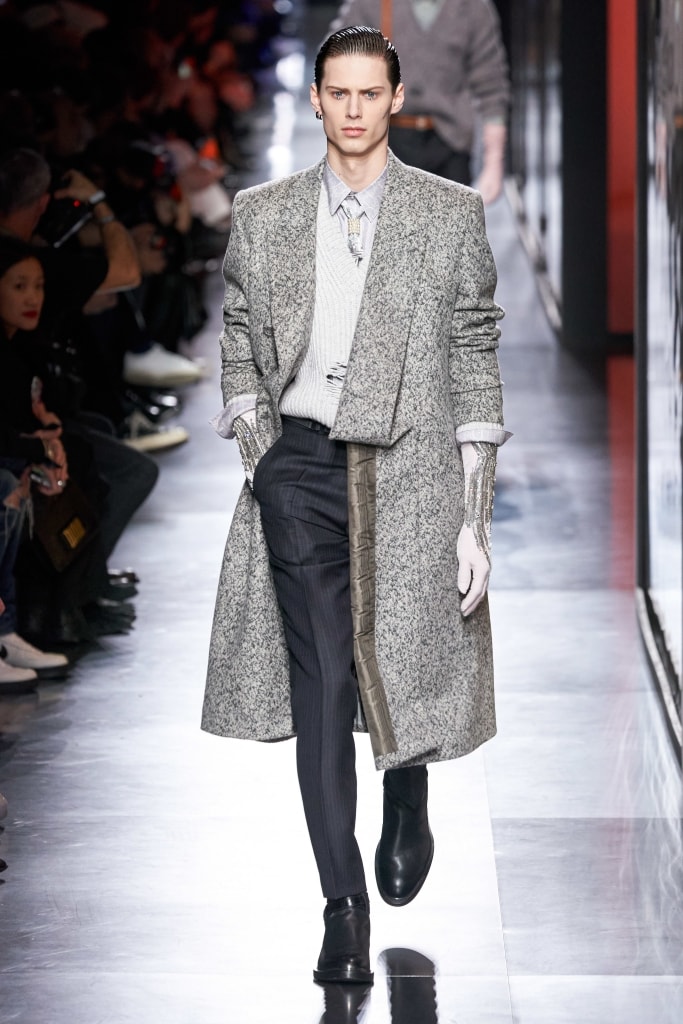 Matthew Williams’s Fall 2020 offering for Alyx revealed a shift toward luxury for the brand, infusing the designer’s formalist and utilitarian perspective with the sumptuousness of luxe materials and styling. Heavy leathers, ornate embellishments, and animal print jeans and boots combined with practical outerwear and refined silhouettes made for a collection that could only be described as haute-utility. 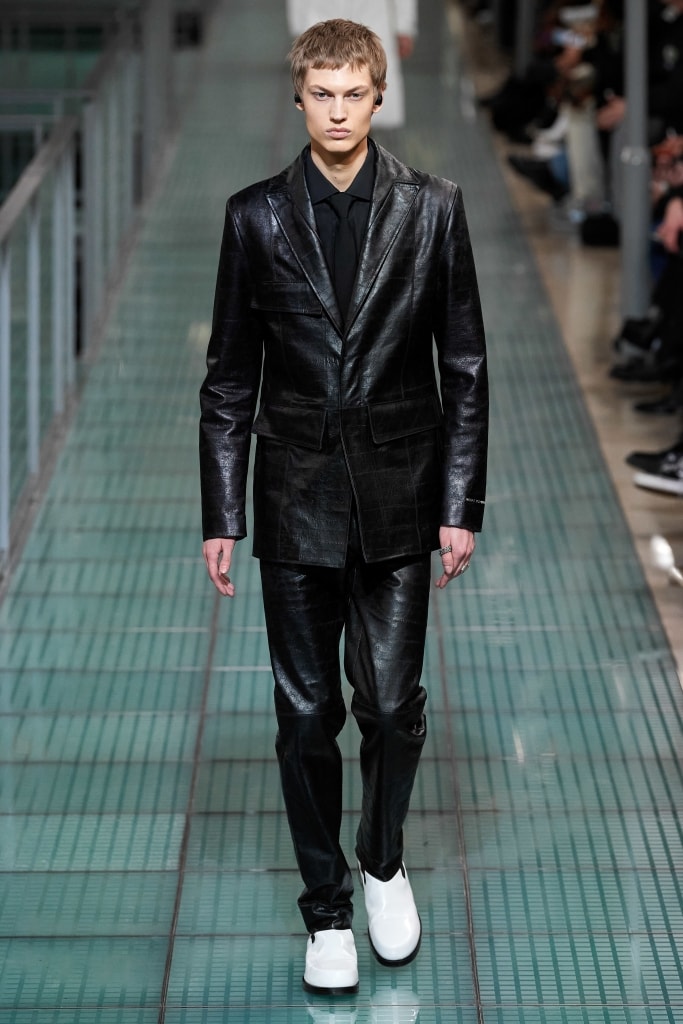 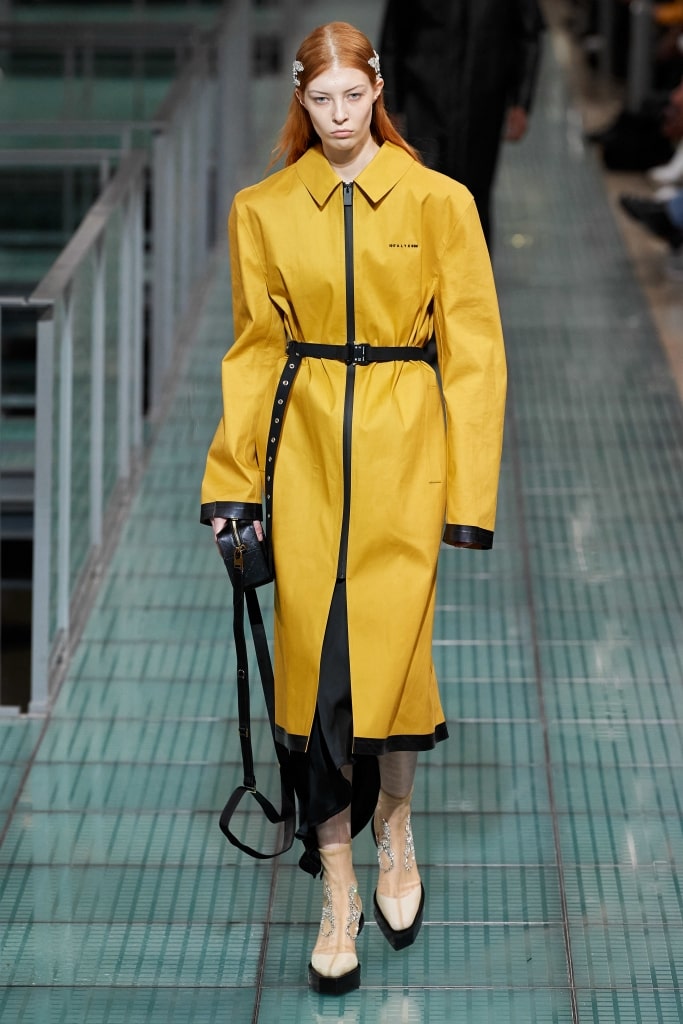 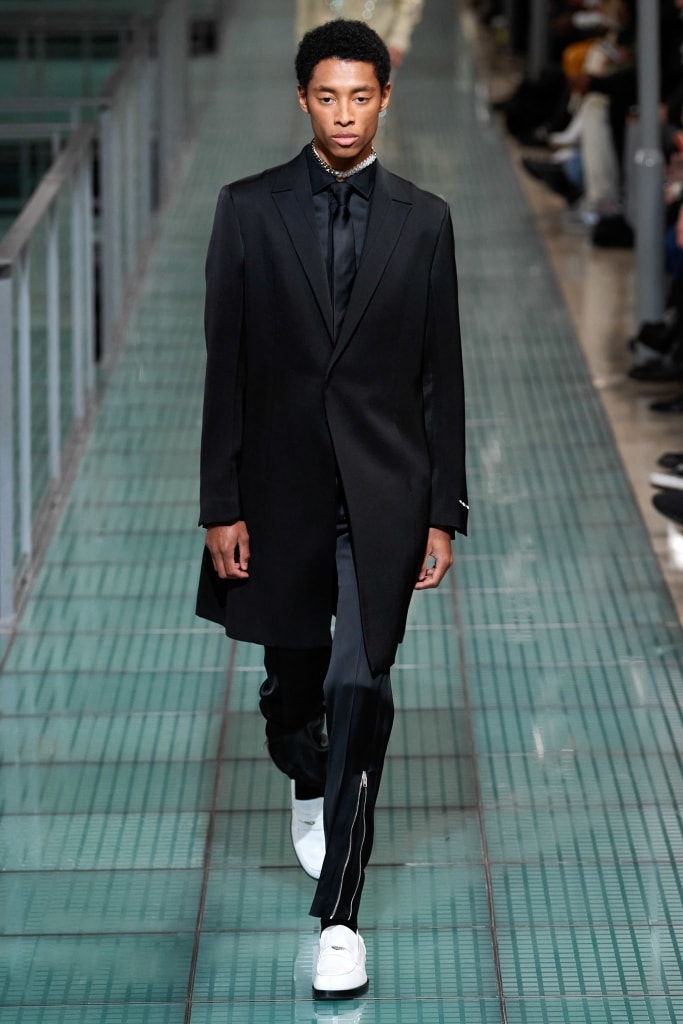 The first post-Demna Gvasalia show for Vetements was punctuated by a certain self-referentiality for the brand. Amalgamating the aesthetics and motifs of the designer’s tenure at the brand with a certain refinement and forward-thinking approach. There were the usual flower dresses, hoodies, ironic slogan tees, and workwear-inspired get-ups, but there was also a feeling of simplicity and singularity of focus in the brand’s Fall 2020 outing. “Tailoring all day all night” and “New Decade of Sophistication” were bullet-points in a list sent out in a post-show email – surprisingly ordinary taglines for a show that featured a cast of fake celebrity models on its runway. Perhaps, however, that gimmick was nothing more than a red herring – the new face of Vetements is something more sophisticated and unassuming. 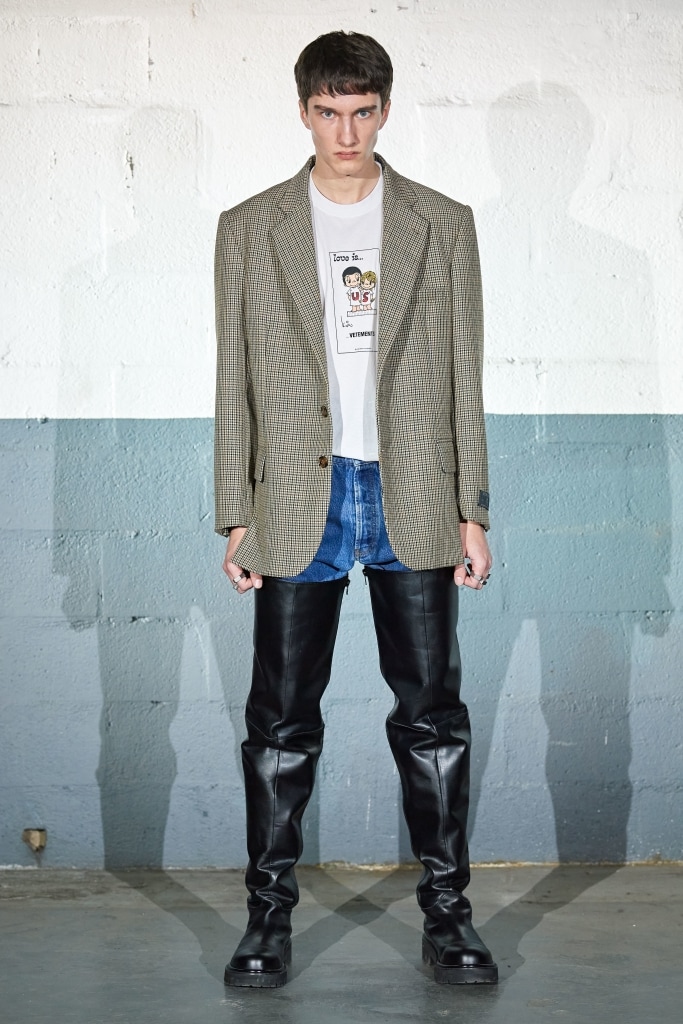 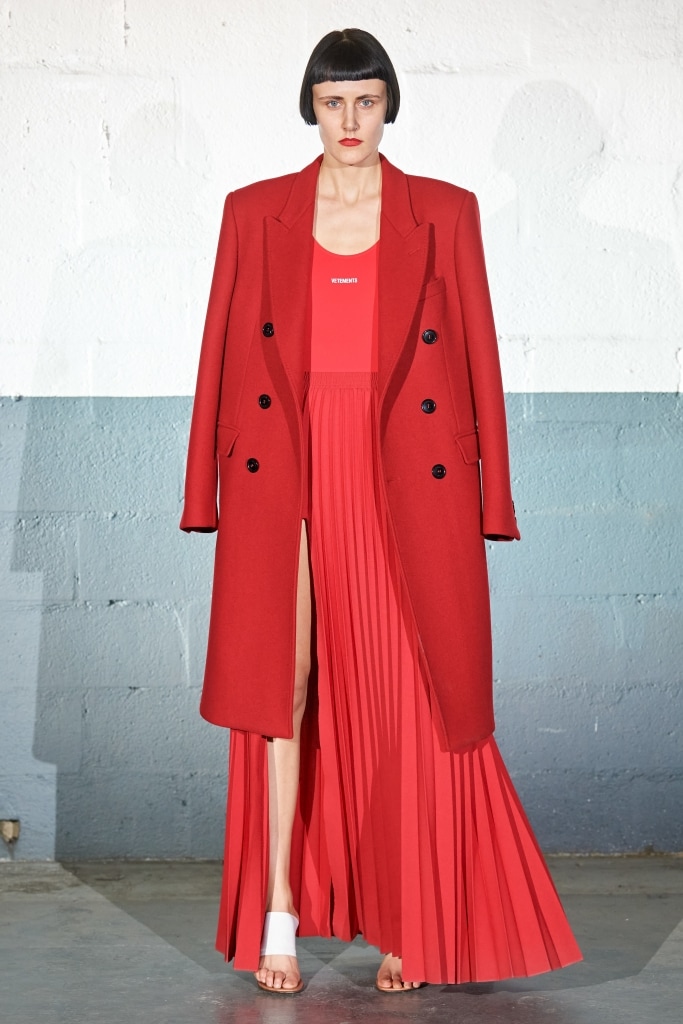 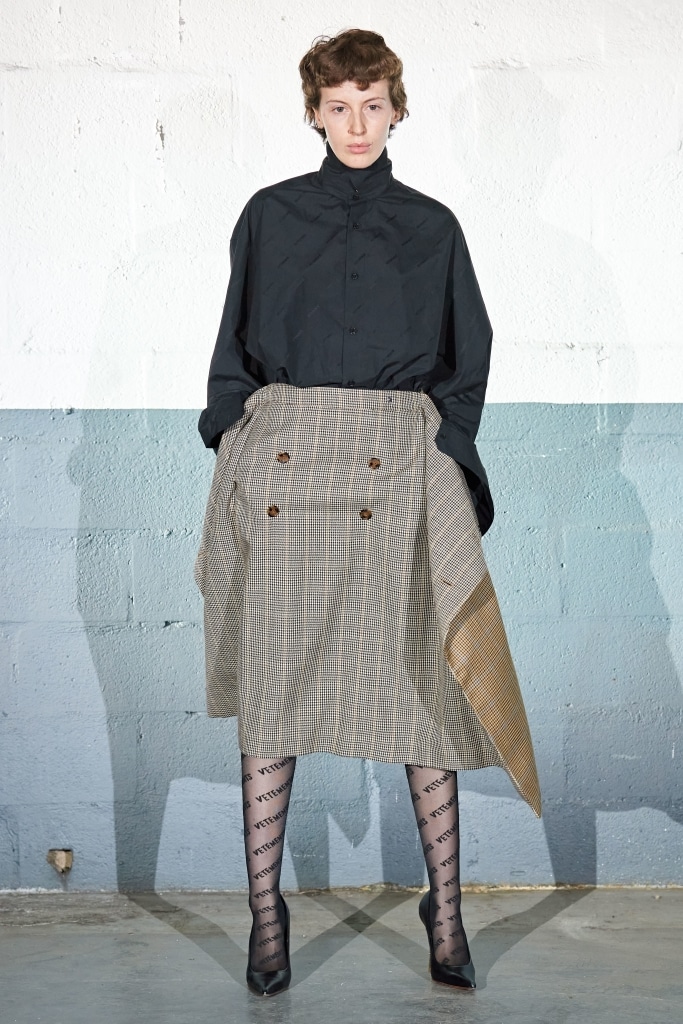 Virgil Ablohs’ Fall 2020 offering for Louis Vuitton signaled a shift for the designer. Featuring sleek tailored double-breasted suiting, oversized leather trenches, and traditional workwear. “Don’t let your day job define you” explained the show notes, and as the demure workwear book-ended the show, slowly towards the middle of the offering, models wearing more playful, experimental ensembles made their way around the space. Shirts had monogram cut-outs, boxy jackets, and trousers were embellished with glittering crystals and neon fuschia punctuated some of the sharply tailored suiting. Post-show, Abloh expressed his desire to pivot away from streetwear: “I want to push the industry in a different direction – not just sit in a comfortable spot and be like, ‘Oh, commercially it’s viable to just sell sneakers and jeans’. It’s fashion: everything goes in a cycle, things will die, things will come back. I want to propose tailoring.” 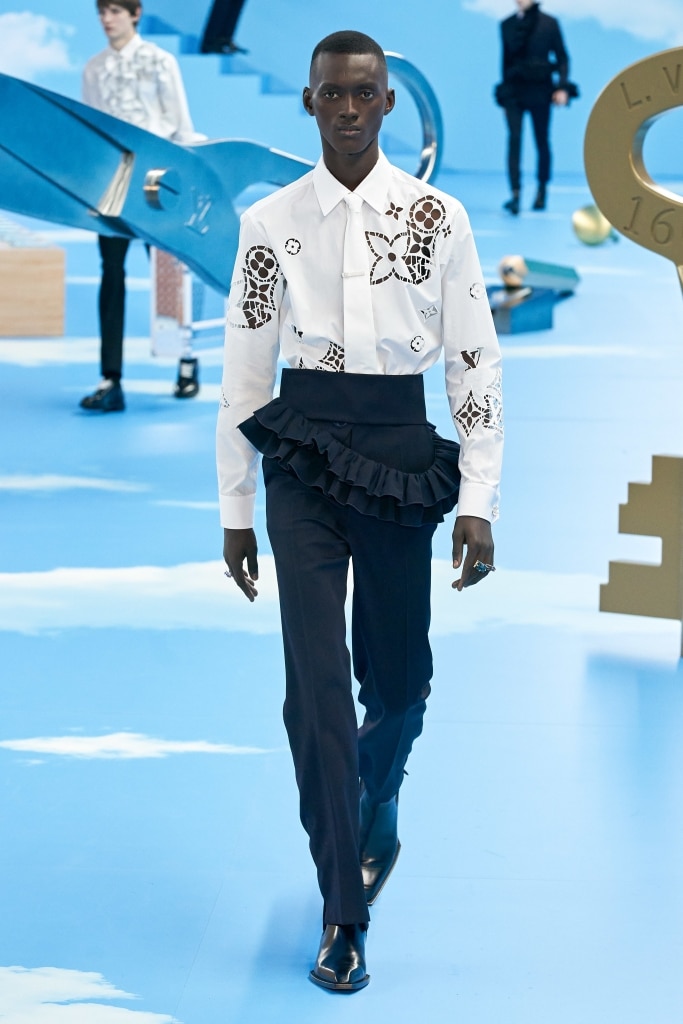 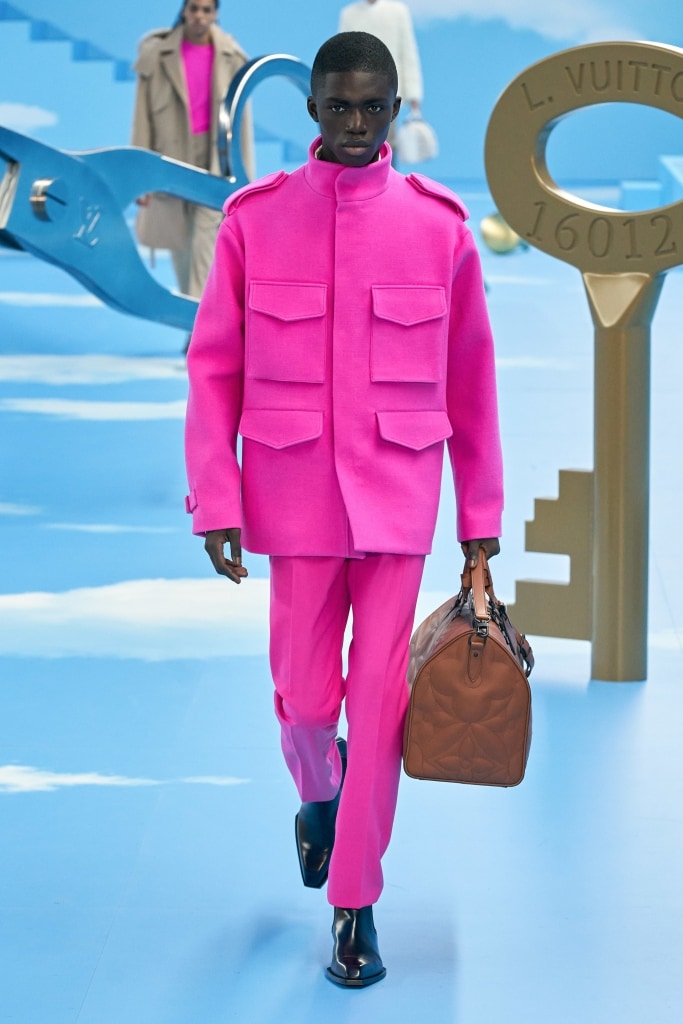 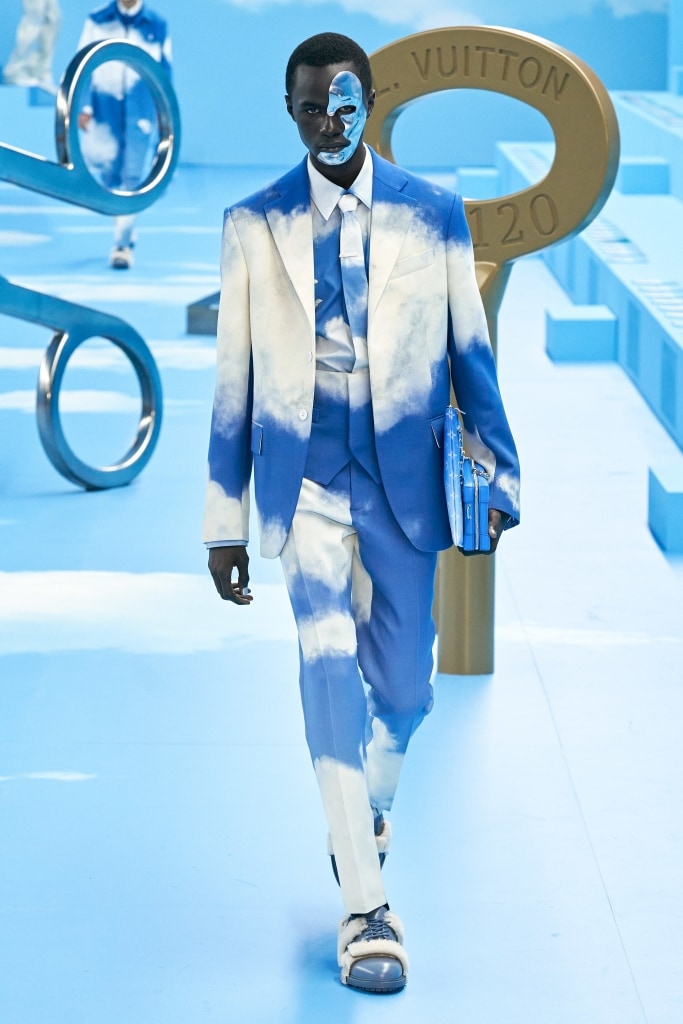 Jonathan Anderson’s Fall 2020 collection for Loewe riffs on the idea of reconceptualizing menswear and masculinity. Much like Kim Jones at Dior, Anderson utilized the Fall 2020 runway as an exercise in re-approporiating the aesthetics and silhouettes of haute couture for the contemporary man. “I was thinking of ’50s couture—and a child, trying something on. What do you look like in the mirror?” said Anderson. 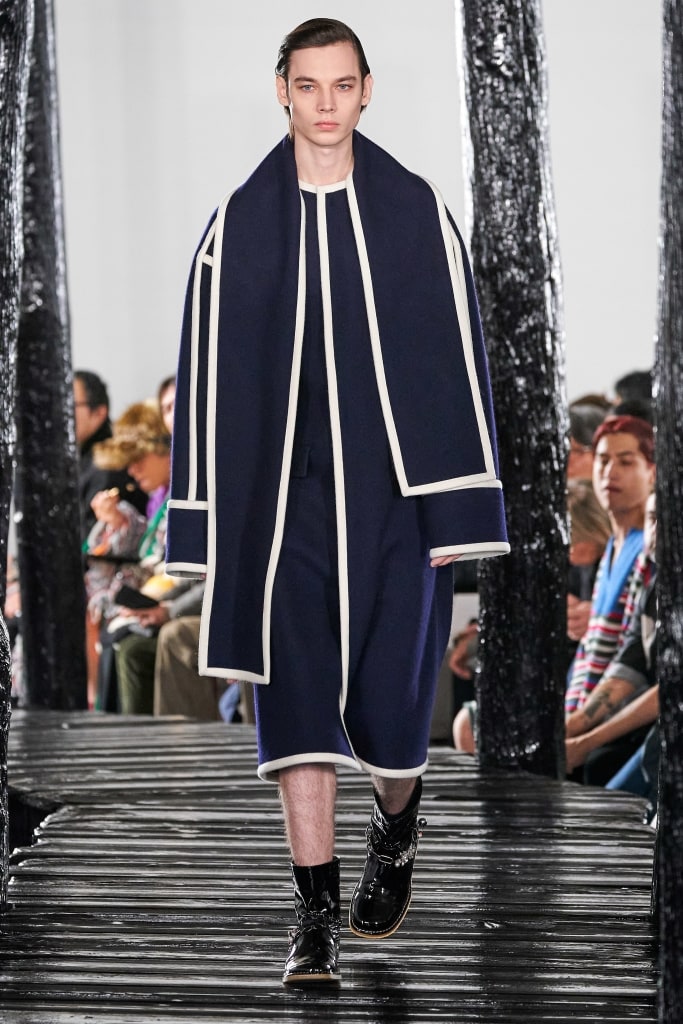 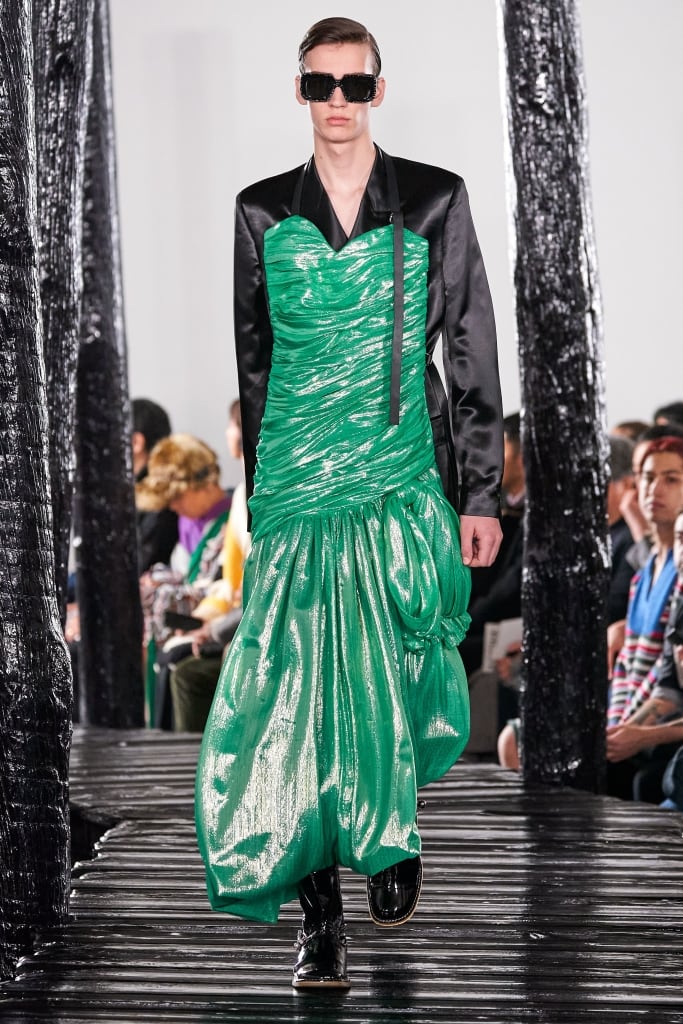 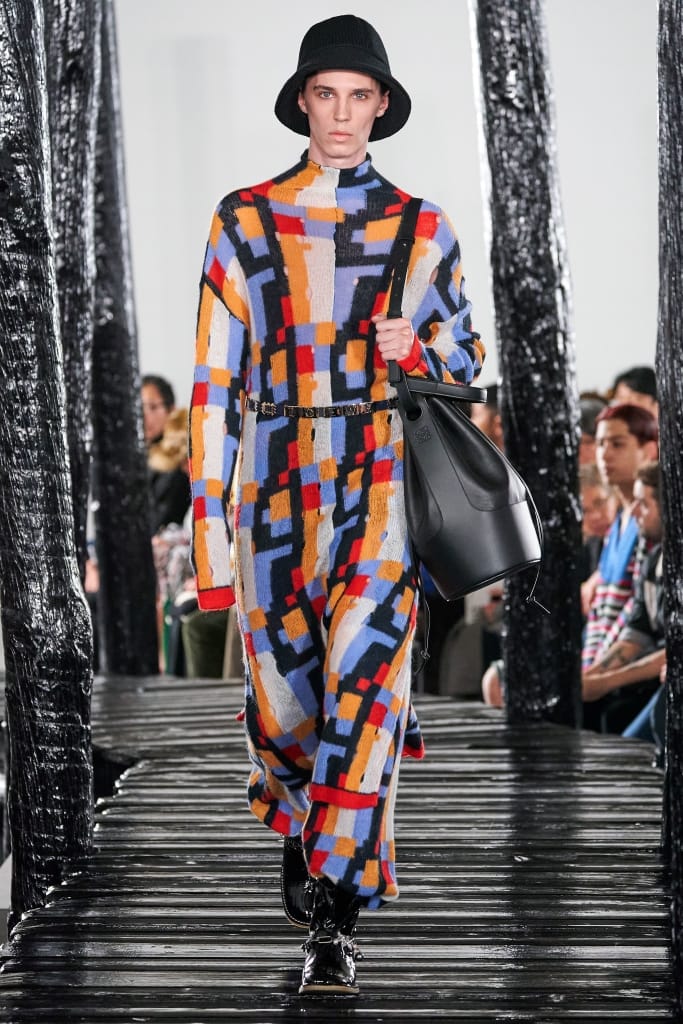 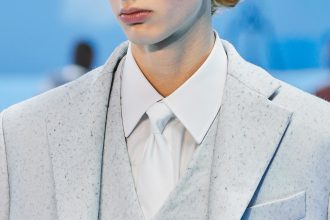 Will and Way: A collection by J.Y GAO