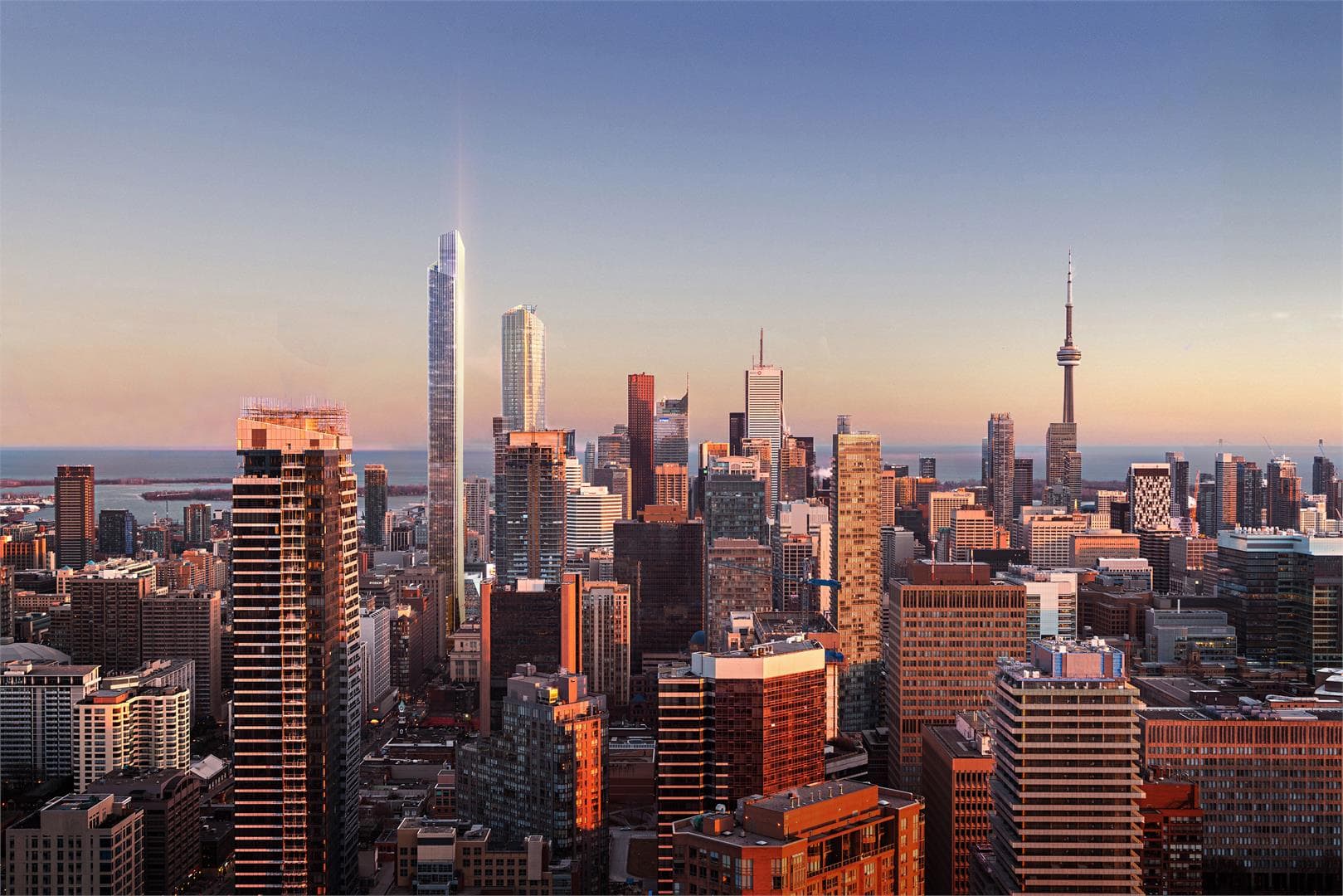 Public spaces in the center of major cities are a rarity and a luxury. Far too often in major urban areas where millions live and work, one finds that there is simply no room for leisure or recreation. High-rise residential and commercial buildings are squeezed into city blocks with little space left for the public realm. This is a growing problem and a trend that points to the larger state of our society’s adherence to and obsession with unrestricted capitalism. What happens to the life of a city, and the millions that live in it when there is little room left for urban public space?

Public spaces are more than just areas in which to congregate. Rather, they are a symbol of the democratization of city life, in which the value and equal access takes precedence. Moreover, successful architecture and city planning projects, which strive to incorporate public spaces within a heterogenous mixture of residential, commercial and industrial spaces, are those which have been designed with ease of urban living in mind – also known as mixed-use development.

Mixed-use development is characterized as pedestrian-friendly space that blends two or more residential, commercial, cultural, institutional, and/or industrial uses. Such development methods are essential in a burgeoning city like Toronto, which architecture critic Christopher Hume noted in 2014 has a “huge demographic shift happening.” He notes, “People are coming back downtown, people want to be in the city.” In this sense, as Toronto’s core becomes more and more condensed, developments which allow for the most effective usage of limited space must take focus. 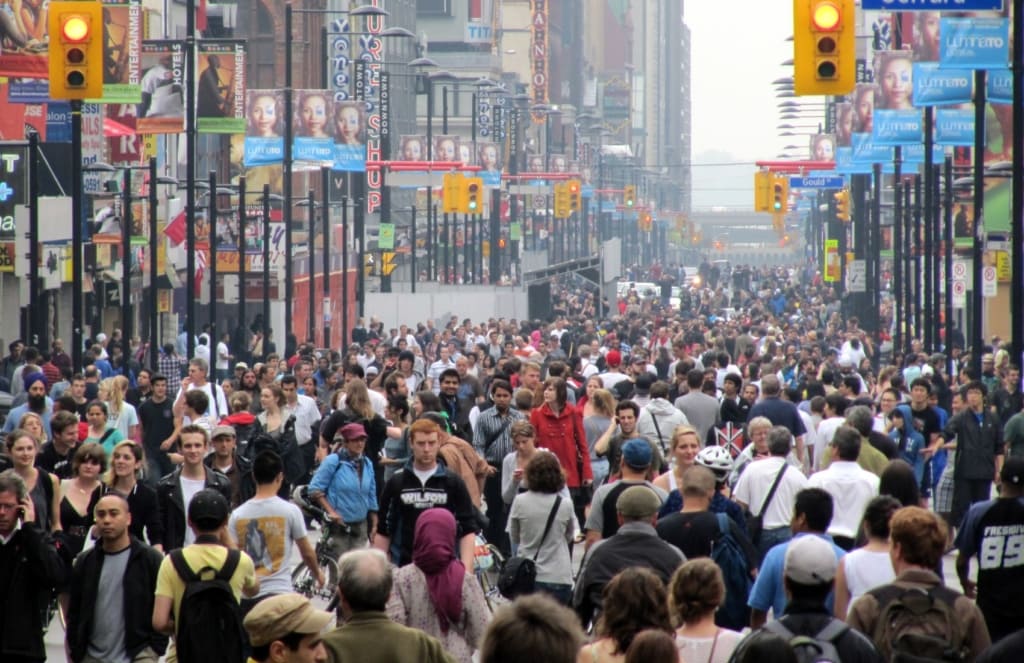 Development consultant Barry Lyon is an advocate of mixed-use development noting, “We’re moving massively away from any form of single-use to mixed-use … it embodies all of the elements a community needs. It’s all about compactness. It’s all about the antidote to sprawl. It’s all about fighting congestion.” Intelligent city design fights sprawl and congestion and ends up having a distinctly positive impact on the health and wellbeing of its residents. Sedentary city lifestyle in conjunction with urban sprawl, making travel by car essential in past decades has led to a decline in the physical and mental health of urbanites. Mixed-use development changes this.

In conjunction with the rise in mixed-use development in a trend towards downtown urbanism and a move away from sprawl, naturally is architecture which reaches higher and higher into the sky, as the usage of space in limited quantities becomes more and more efficient. Toronto’s future developments are distinctly becoming taller and taller with mixed-usage at the core of their proposals, signalling a future of urbanism in the city that looks towards sustainability and livability.

View of Mirvish Gerhy from the South, courtesy of Mirvish+Gehry

Take the new Mirvish Gehry development slated for construction on King West (pictured above). The site will become the new home of two 80+ storey residential towers, including two six-storey podiums that will house a public art gallery, campus space for OCAD University and retail. In addition, there is Cresford Developments‘ 98-storey mixed-use tower slated for the southeast corner of Yonge and Gerrard (pictured below). YSL Residences is designed by Kohn Pederson Fox alongside architects Alliance and will replace a row of low-rise storefronts. The tower as proposed would land a healthy mixture of 10,000m2 of retail, 11,000m2 of office space, and 957 condominium units onto the site, while retaining a pair of heritage facades at its base. 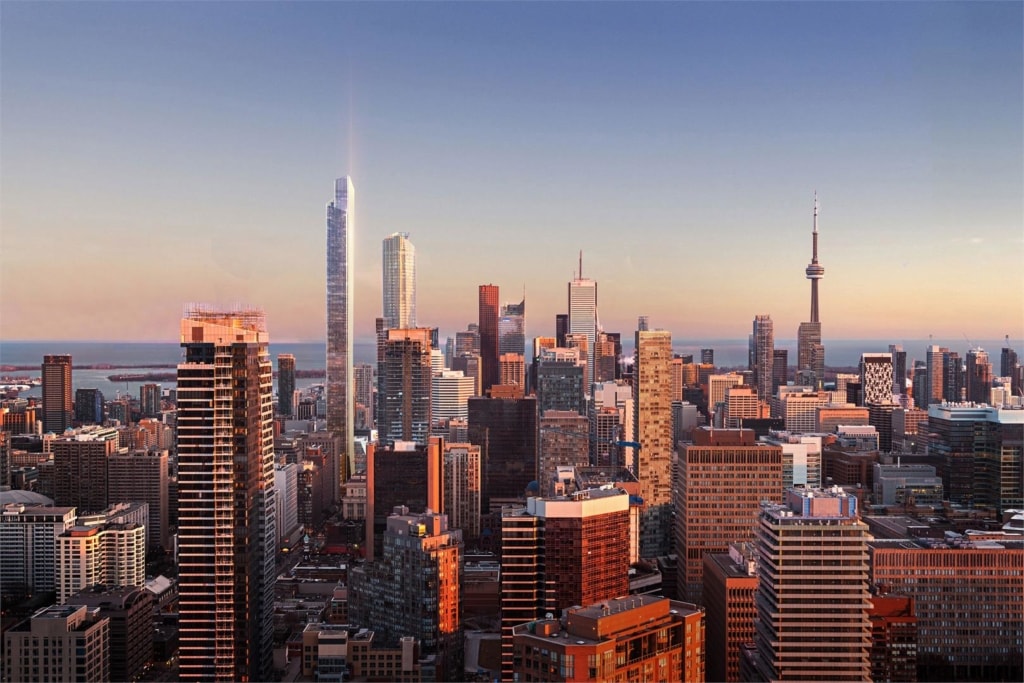 Likely the first of the super-tall mixed use towers constructed in Toronto, Mizrahi Developments’ The One is slated for the southwest corner of Yonge and Bloor Streets (pictured below). Designed by Foster + Partners alongside Core Architects, the tower will rise 82 storeys above one of the busiest intersections in the city. The development will contain six floors of retail at its base (plus one additional below-grade floor of retail that connects to the Yonge-Bloor PATH system), followed by 10 floors of hotel use, above which will be 416 residential suites. 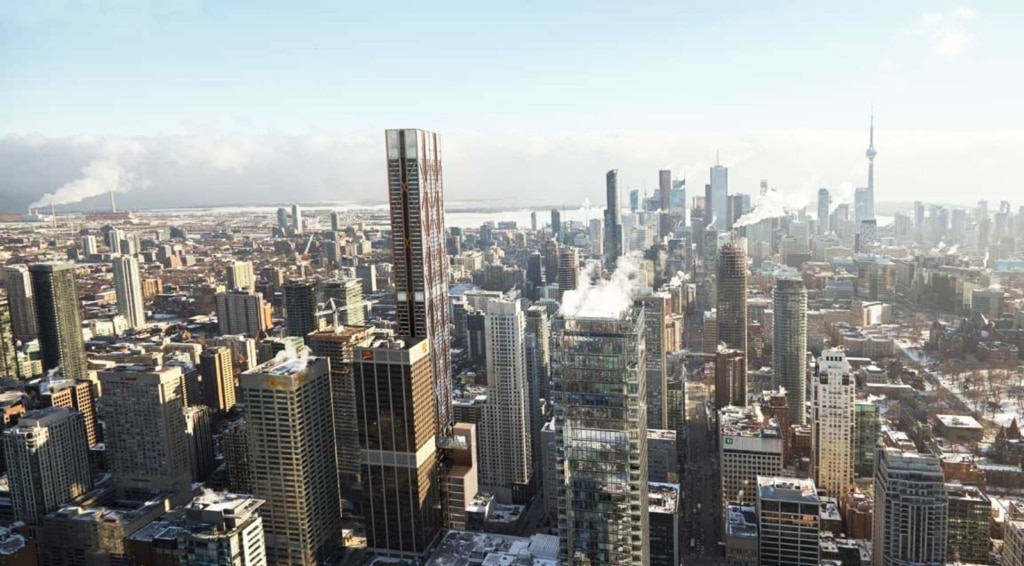 One Bloor Image courtesy of Foster + Partners via Mizrahi

Furthermore, there is the plan for the LCBO site by the waterfront (pictured below) which promises two towers at 89 storeys, one at 80, another at 79, and a final tower of 75 storeys. Collectively, these buildings would add well over 7,000 condo units to the city. Designed by architectsAlliance, the development plan aims to bring in addition to the retail component over 42,200 square metres of office space, and roughly 28,700 square metres of retail to the waterfront site. 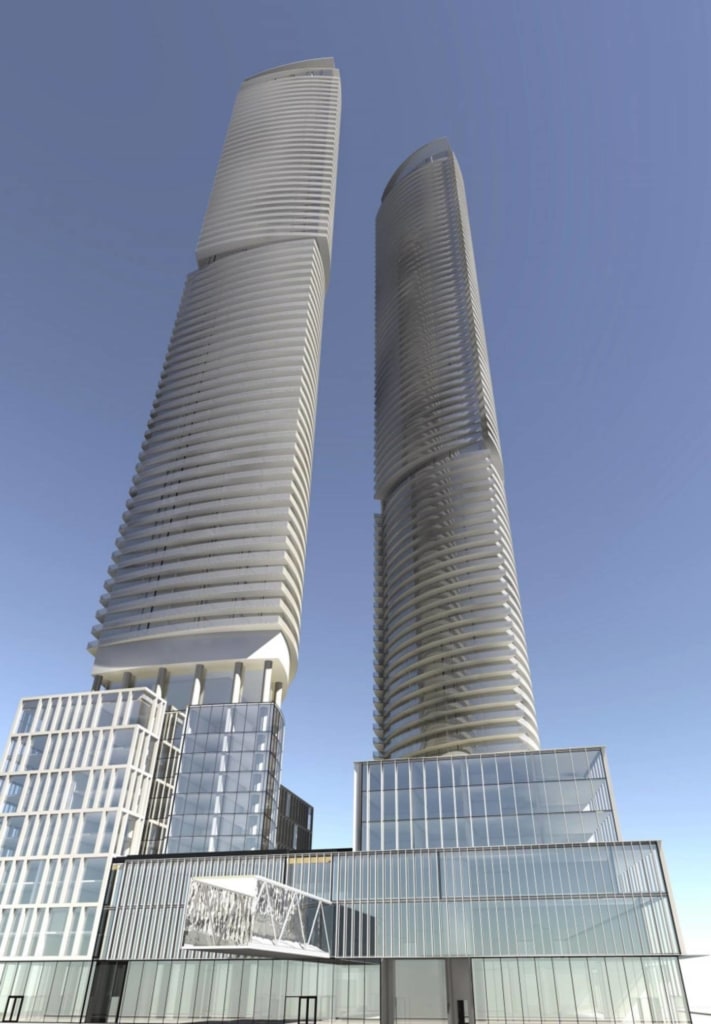 Podium, LCBO Lands – Block 2, via submission to City of Toronto

With the addition of these super-tall towers, naturally, comes increased strain on infrastructure and the community life of the areas surrounding. These new soaring developments are mixed use in a move towards fashioning new towers as urban communities which can sustain themselves, alleviating pressure on the infrastructure of the city and contributing to a greater standard of living for the downtown core. 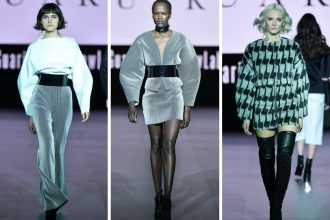 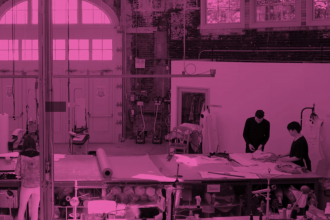 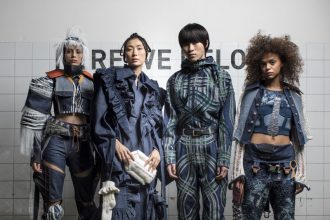