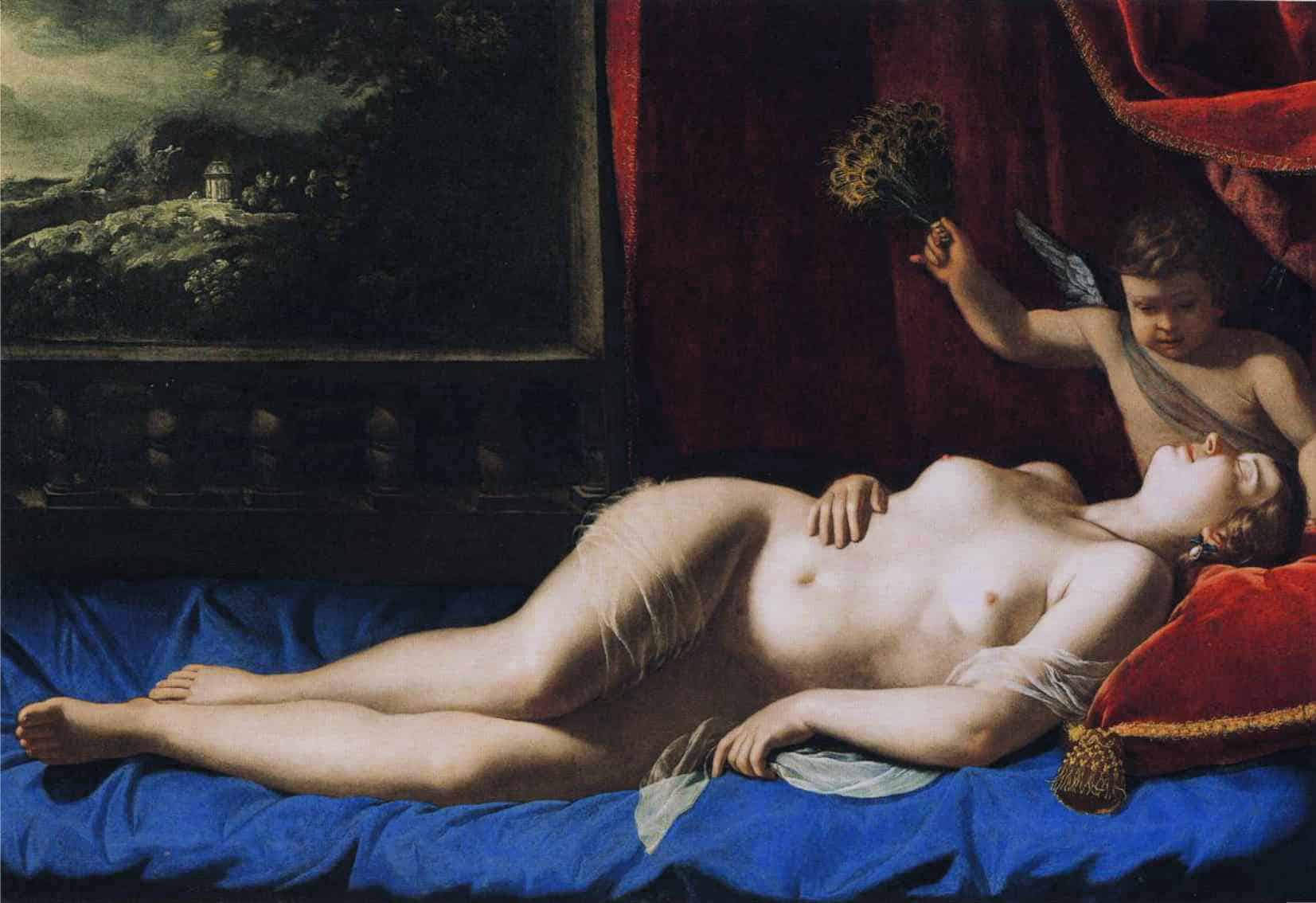 “Only men are capable of aesthetic greatness.” This acerbic sexist remark uttered by the late Brian Sewell, is perhaps one of the most controversial and illuminating to be made by an art critic in the contemporary era. Yet, the sentiment can be found throughout the tradition of art history dating back to its inception. Just ask anyone to think of three famous artists from any era, and the overwhelming majority of responses are all male.

Feminist art, seeking to tackle the rampant sexism in the creative industries, is becoming more and more prevalent as artists and women in power take a stand against the old guard of misogyny. Take the Guerilla Girls; feminist activist artists who wear gorilla masks in public and use facts, humor and outrageous visuals to expose gender and ethnic biases as well as corruption in politics, art, film, and pop culture. Using anonymity to their advantage they focus on issues of intersectionality, discrimination and human rights issues through hundreds of projects (posters, actions, books, videos, stickers) all over the world. 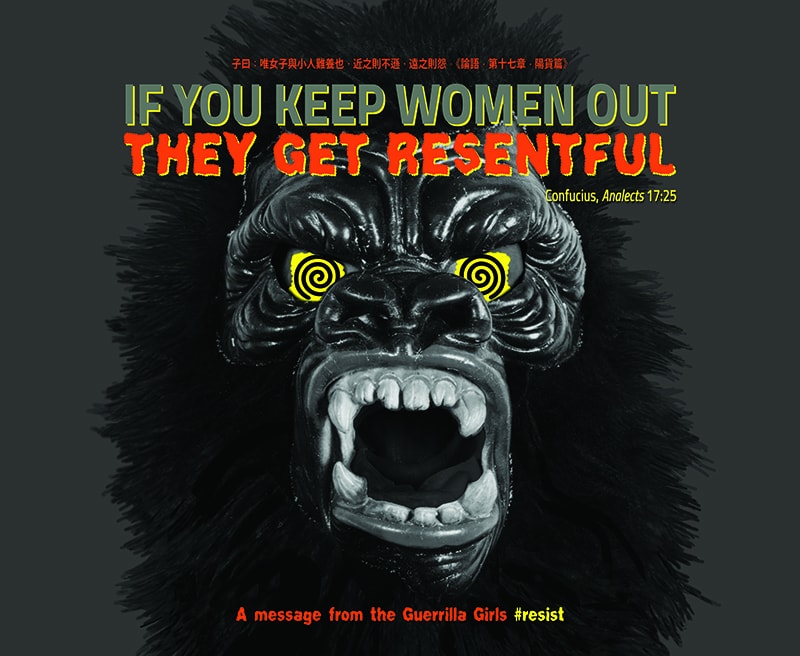 Or Toronto’s very own feminist arts activists. Started by two Toronto entrepreneurs, RepaintHistory seeks to champion gender equality in art and in the process rewrite the history of women in art. The aptly titled startup which encompasses a fashion line, a creative community and educational talkback series, helmed by Pegah Kargar and Jessica Tan is tackling sexism with a specific goal in mind, to “bring recognition and awareness to forgotten female artists of the past through various mediums while supporting present and future artists to ensure this gap will not exist in the future.” Women in art have been criminally underrepresented and undervalued for centuries, lending a disproportionate and sexist disposition to the art world, #RepaintHistory looks to rectify that through raising awareness, visibility and support for past and future female artists. 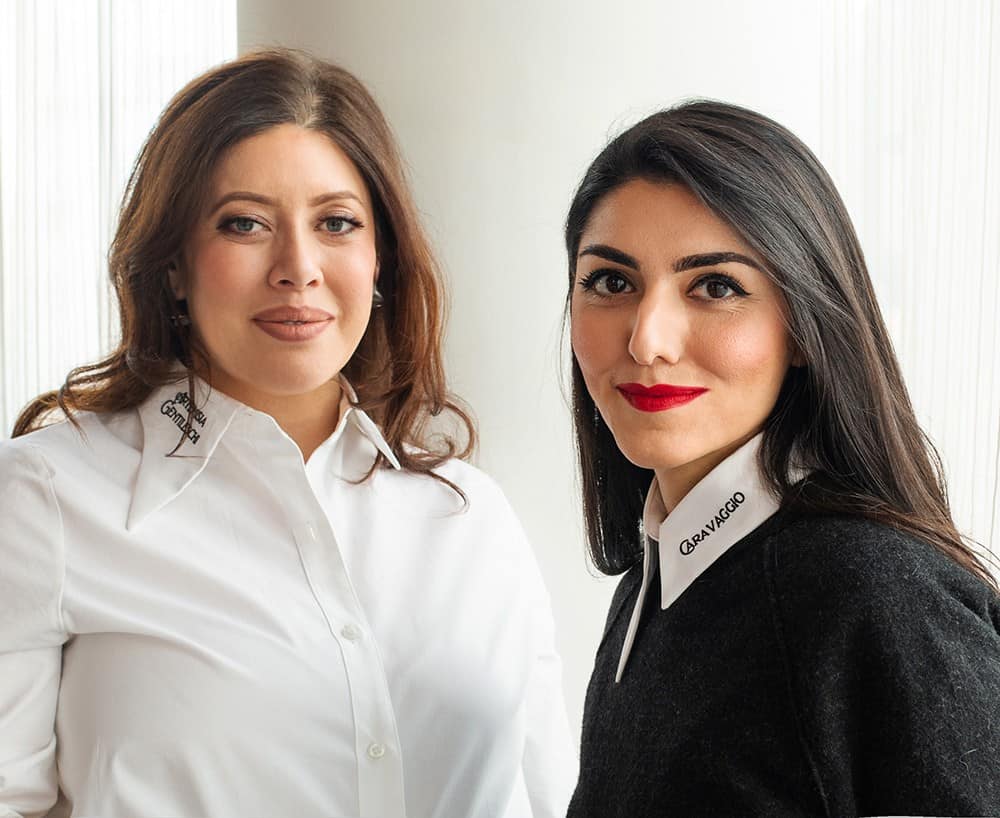 Kargar, who started the initiative after a having an epiphany about the disparity of representation for woman in art, in reflecting on it, maintains it is not so much that female artists were not producing great works in the past, as it is that history was simply written through a male gaze. “These women were very successful artists during their day, it’s just simply that they weren’t written into the history books.”

Artemisia Gentileschi is one such artist she mentions as being largely forgotten by history, having served as the inspiration for RepaintHistory. Kargar refers to her as “one of the most badass artists and pioneer feminists of the 17th century”, becoming one of the most sought after and accomplished painters in the Baroque period, and the first woman accepted into the Art Academy of Florence. The artists work oftentimes depicts visceral feminine rage, depicted specifically in one of her most famous paintings, Judith Slaying Holofernes (1612-1613), wherein two women behead a man. The painting is described as Artemisia’s fantasy depiction of her retaliation against the male violence she became subjected to, and a radical and rebellious statement of feminist autonomy in a time where misogyny was dangerously oppressive. 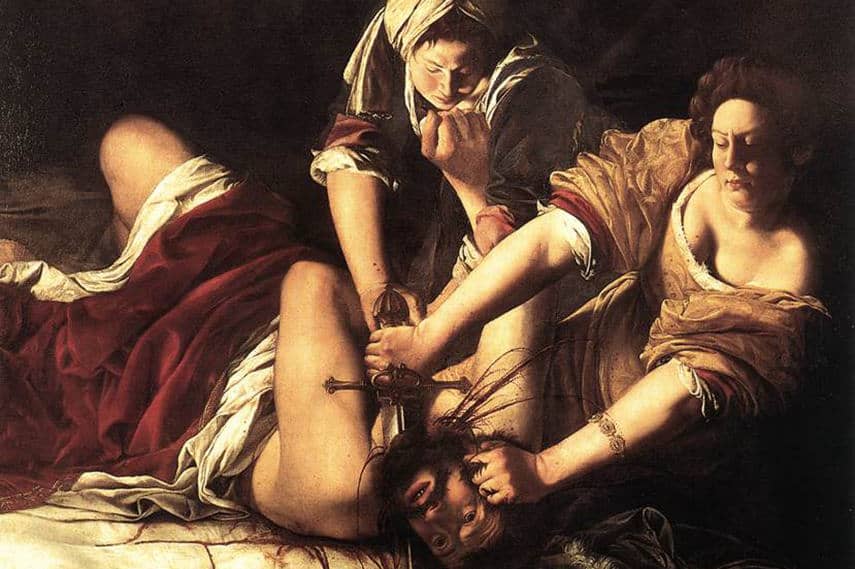 Uncovering the female contemporaries of the canonical masters (Gentileschi was one of Caravaggio’s contemporaries), from the impressionists to the Baroque, is one of Repaint Histories mandates. One such way Repaint History seeks to increase the visibility of these artists, is through their very own line of clothing. Launched last year, Repaint History’s first release is a series of T-Shirts and Blouses juxtaposing the names of famed artists alongside their lesser-known female counterparts. Pegah hopes in creating this line that those wearing it will be walking billboards for the forgotten female masters. “By displaying these names beside each other we are looking to spark a conversation.”

The conversation for Repaint History does not stop at increasing visibility, it also looks at the many biases entrenched in the art world towards women, within the very fabric of its tradition. The startup is keen to make these biases known and rectified both stressing statistics as a form of factual data to display the disparities women face and the necessity for change. Pegah maintains that these material forms of data are a way to establish sexism in the art world as a very real and material problem. “When you see these statistics, it’s almost like you can’t deny that this is a serious issue… the proof is right there.” 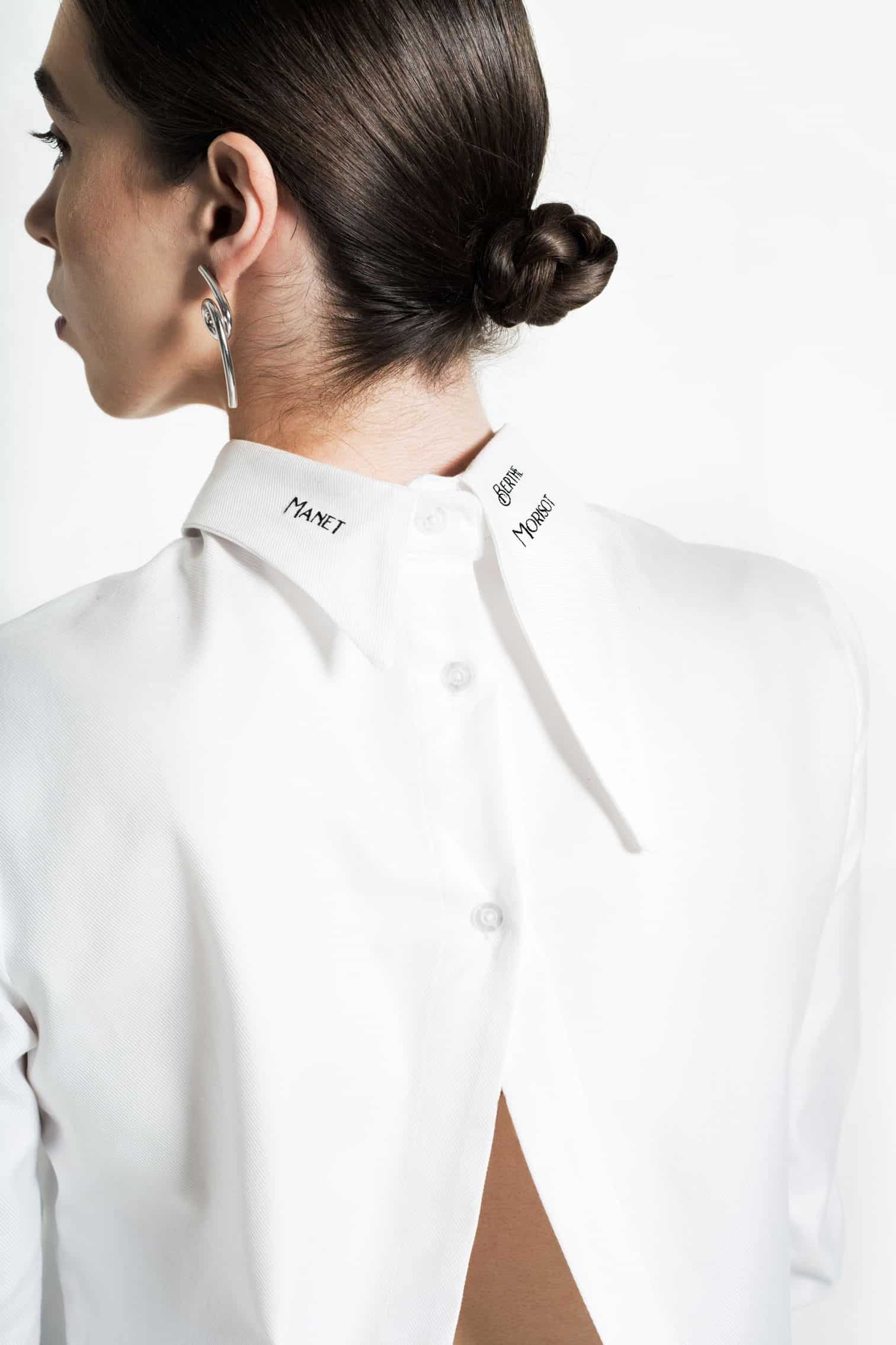 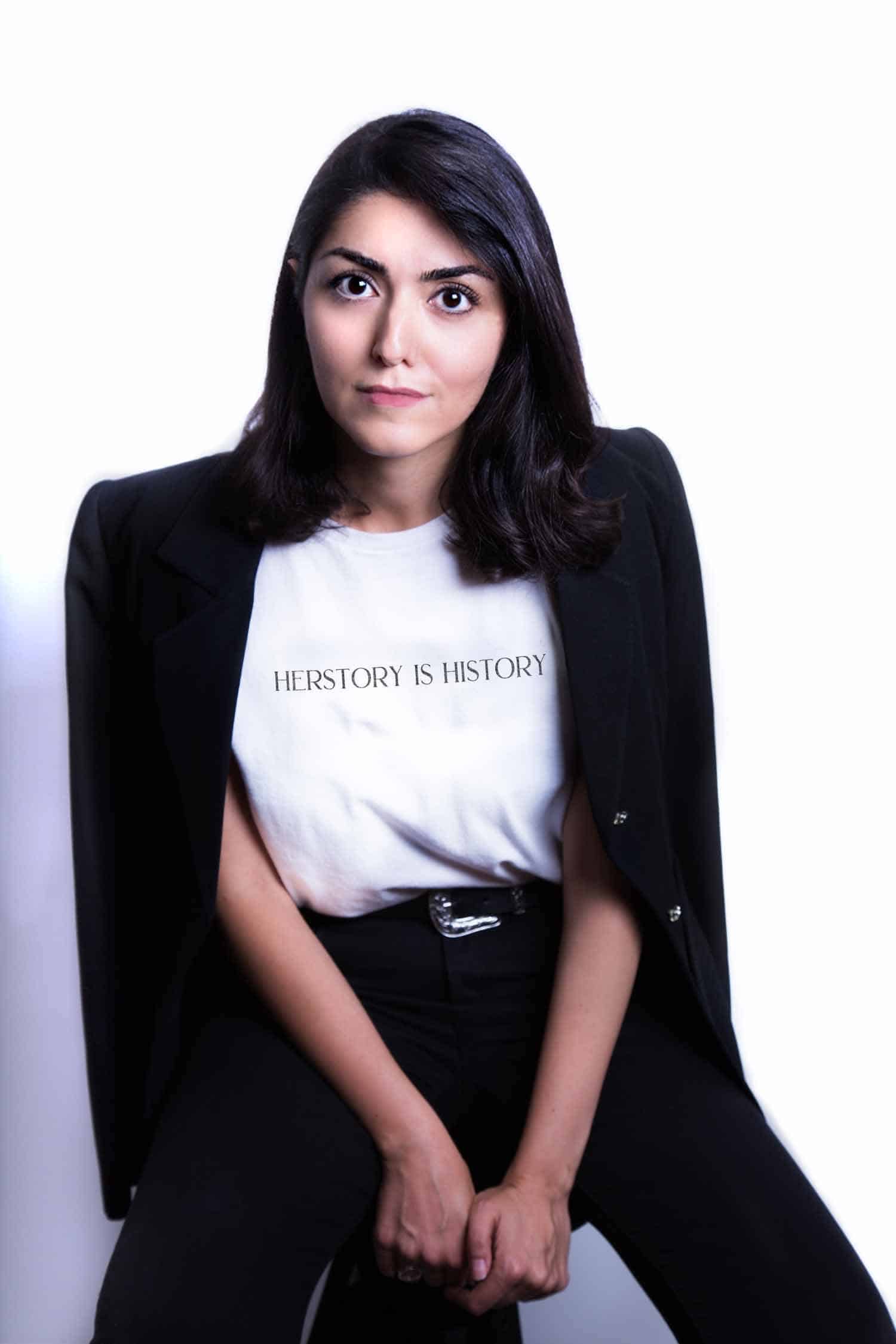 For instance, a recent data survey of the permanent collections of 18 prominent art museums in the U.S. found that out of over 10,000 artists, 87% are male, and 85% are white, while women working across arts professions make almost $20,000 less per year than men. Pegah, however, remains optimistic that with increased visibility, the tides will begin to turn. “The more we talk about it, the more things will change… We will not stop until we see change.”

Coming off the cusp of their inaugural year, Repaint History has accomplished much in their first few months. In addition to Launching their Fashion Line; including a signature Blouse Collection, T-shirts, candles, and prints, Pegah and Jessica are finding other avenues to champion female visibility within the arts. They’ve hosted a series of Feminist Art Talkbacks including a packed evening at SOHO House Toronto as a prelude to the AGO’s “Impressionism in the Age of Industry” exhibition, and are actively collaborating with local female artists to raise awareness & funds. “We believe that it is not only important to give recognition to female artists of the past, but to ensure that we are supporting emerging female artists as well.”

As for what’s next? Pegah and Jessica hope to continue growing the Repaint History Community; and bringing awareness to both contemporary and historical female artists globally, as well as a few exciting announcements on the horizon. 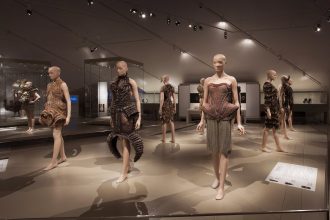 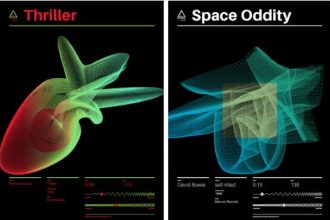 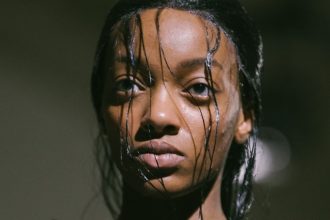